David and Jelena are coming to Amsterdam!

Don’t miss out on this wonderful chance to practice together in-person, and elevate your ashtanga yoga practice.

David and Jelena are returning to Tula, and this time for a full week!
This is a unique opportunity to join David and Jelena offering this course that they normally only offer at their own studio, AYCT in Toronto Canada. This is also one of their most valuable courses that will elevate your understanding of Ashtanga philosophy and probably change your practice in a profound way.

If you don’t want to or can’t afford to travel over all the way to Canada, but would still like to join this course, it is a unique opportunity to get that chance and dive deep in the same learning process with David and Jelena here in Europe.

This week is all about learning the proper technique to practice Ashtanga’s Primary Series.
Each day will be based around morning Mysore-style or led practice with David & Jelena. Afternoons will be devoted to guided breathwork, Mindfulness meditation, and workshops in:

At the end of intensive you will receive a certificate of completion of this course, which is in compliance with Canadian Yoga Alliance continued education hours. 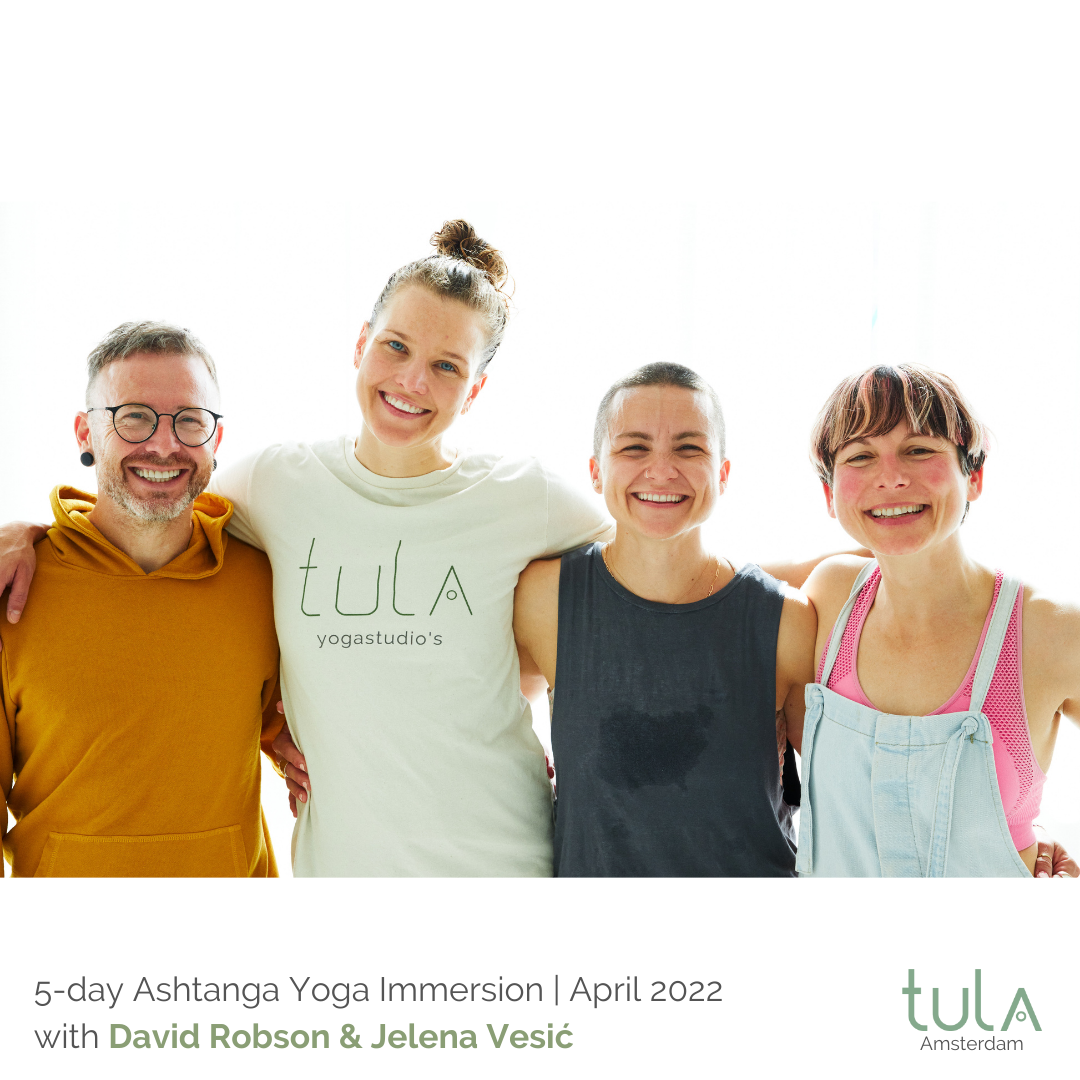 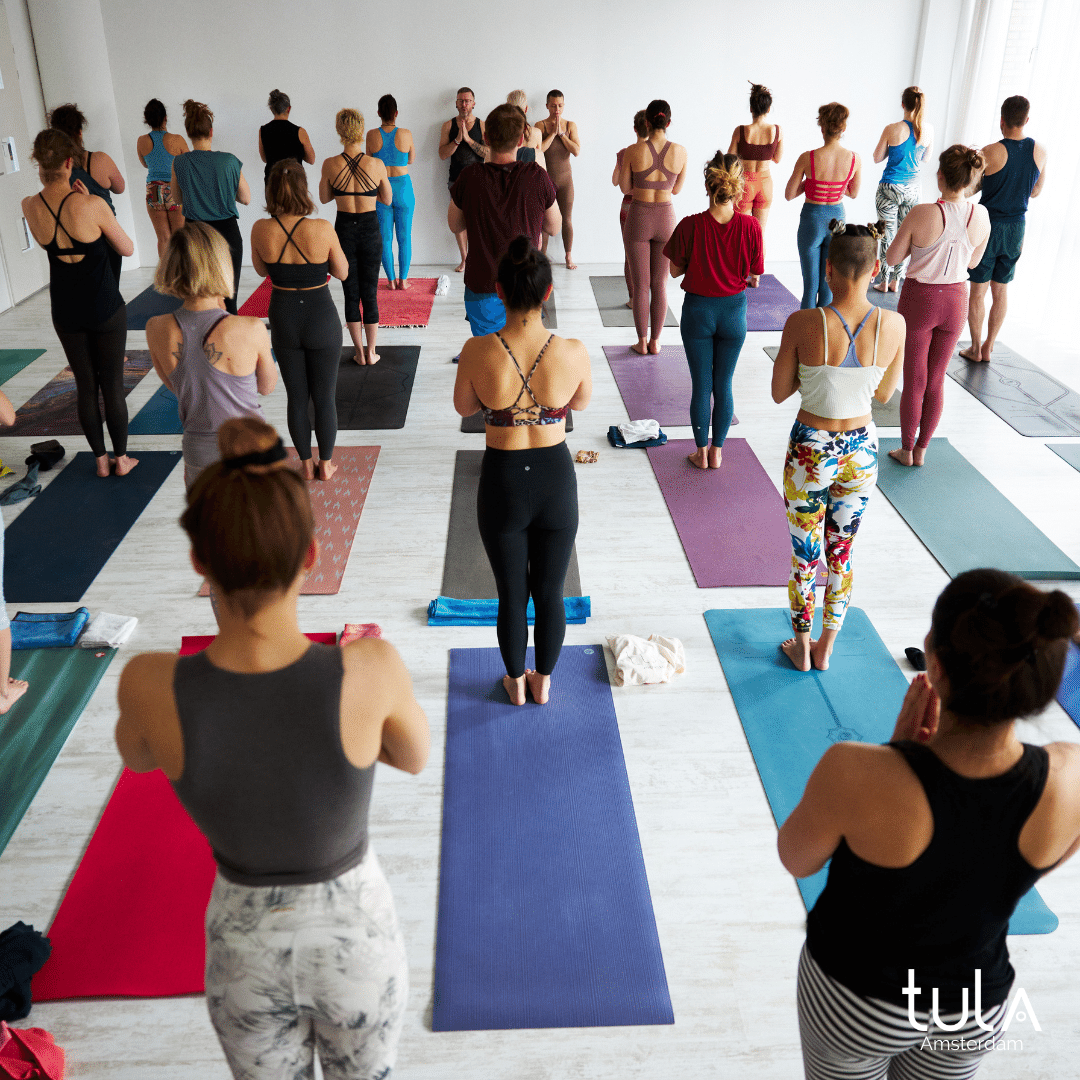 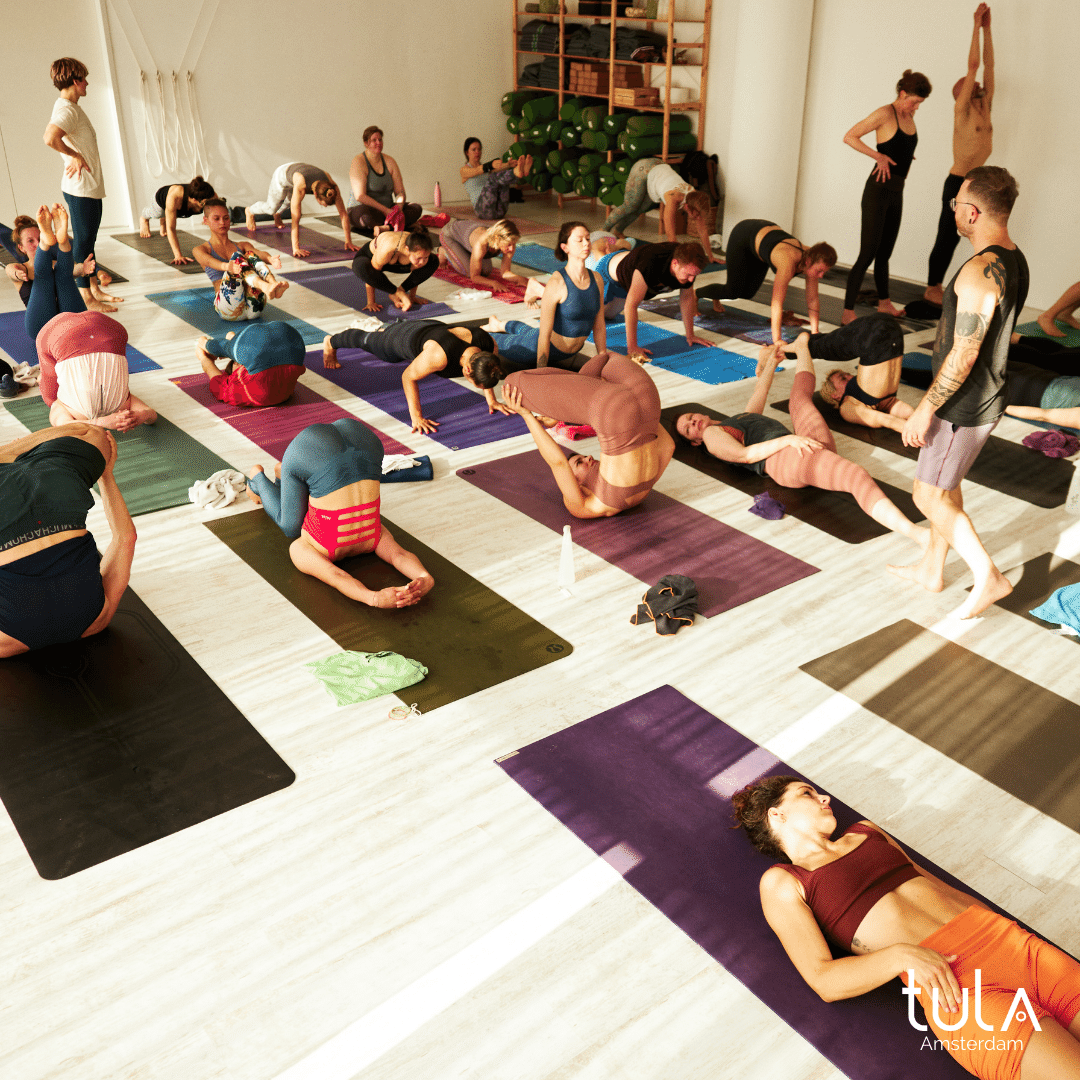 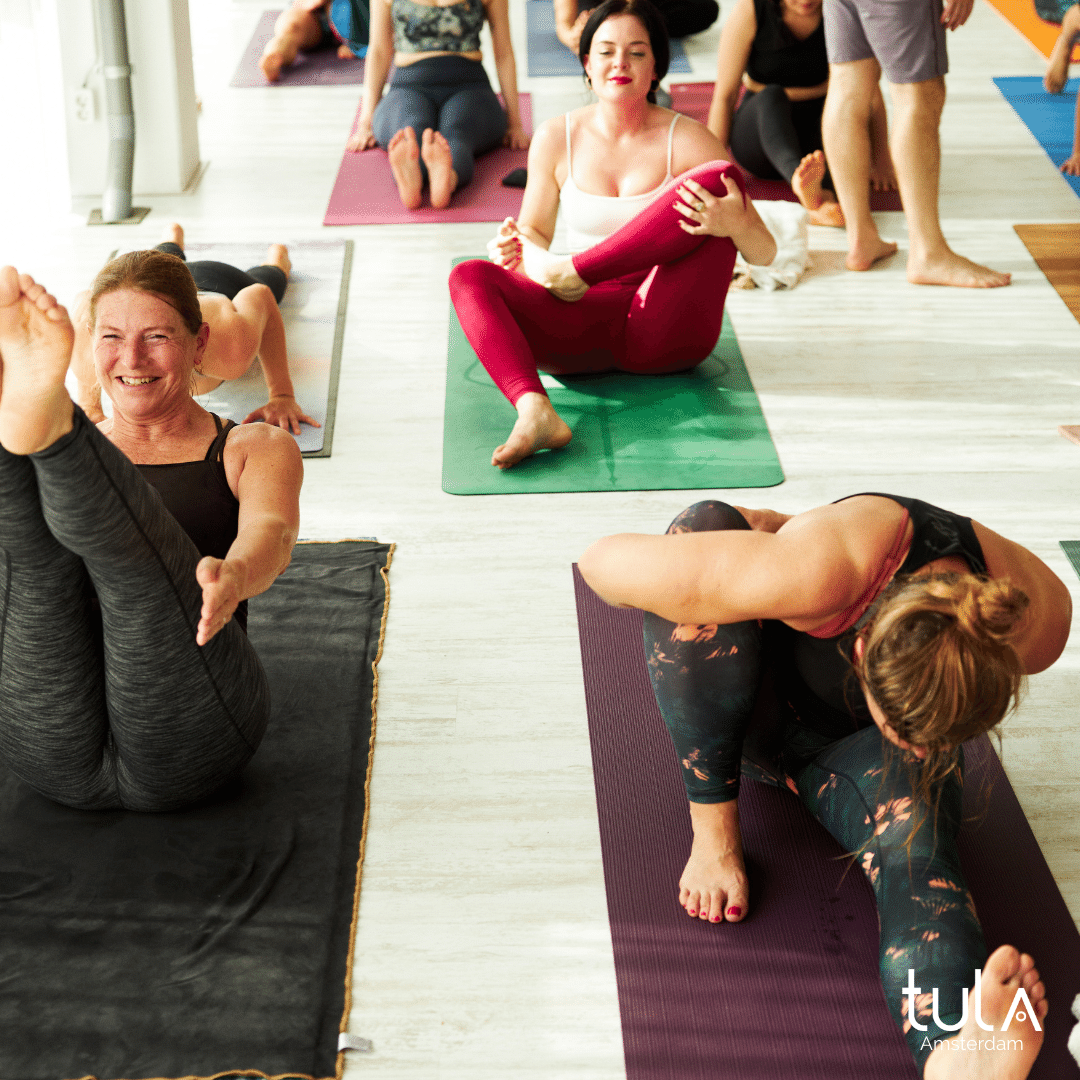 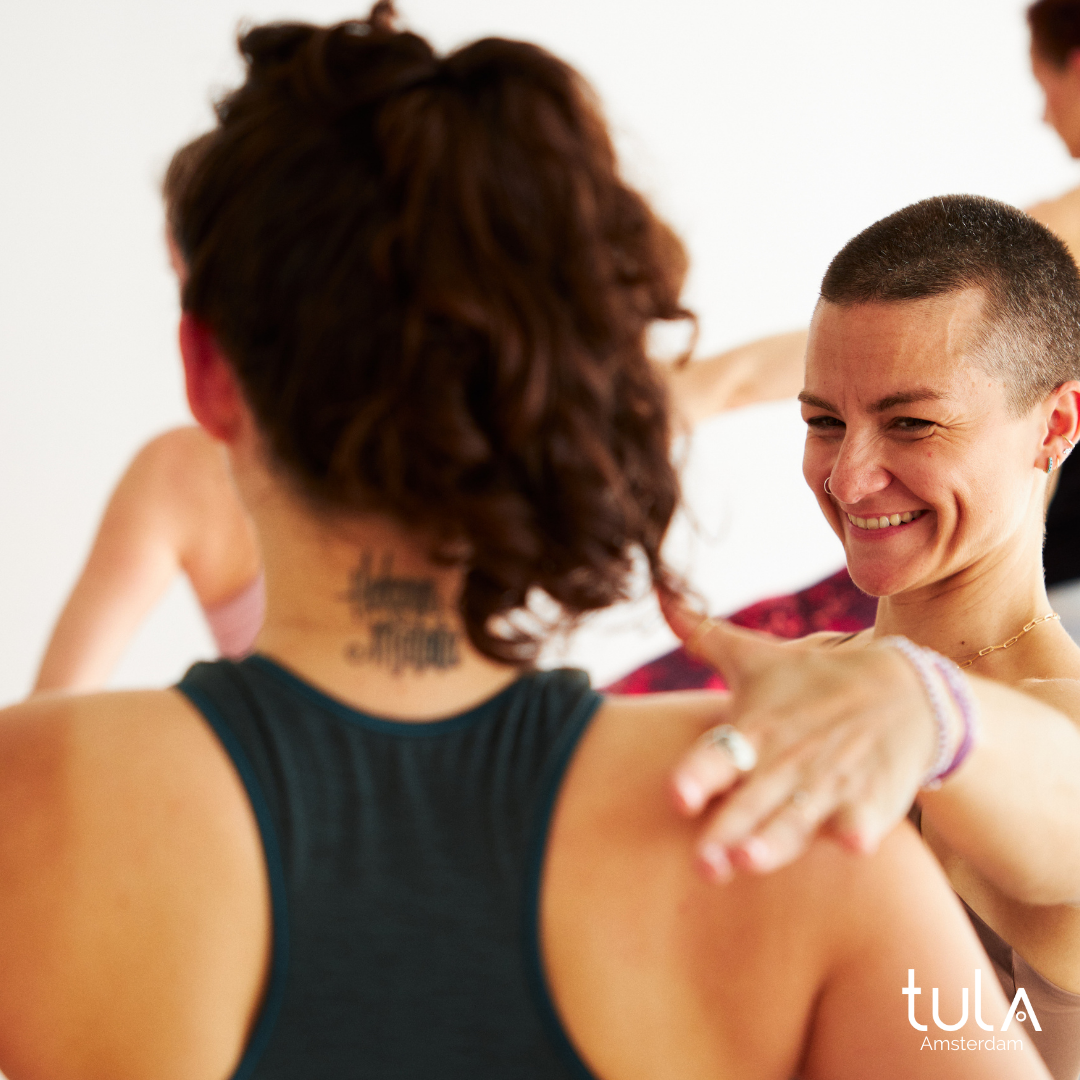 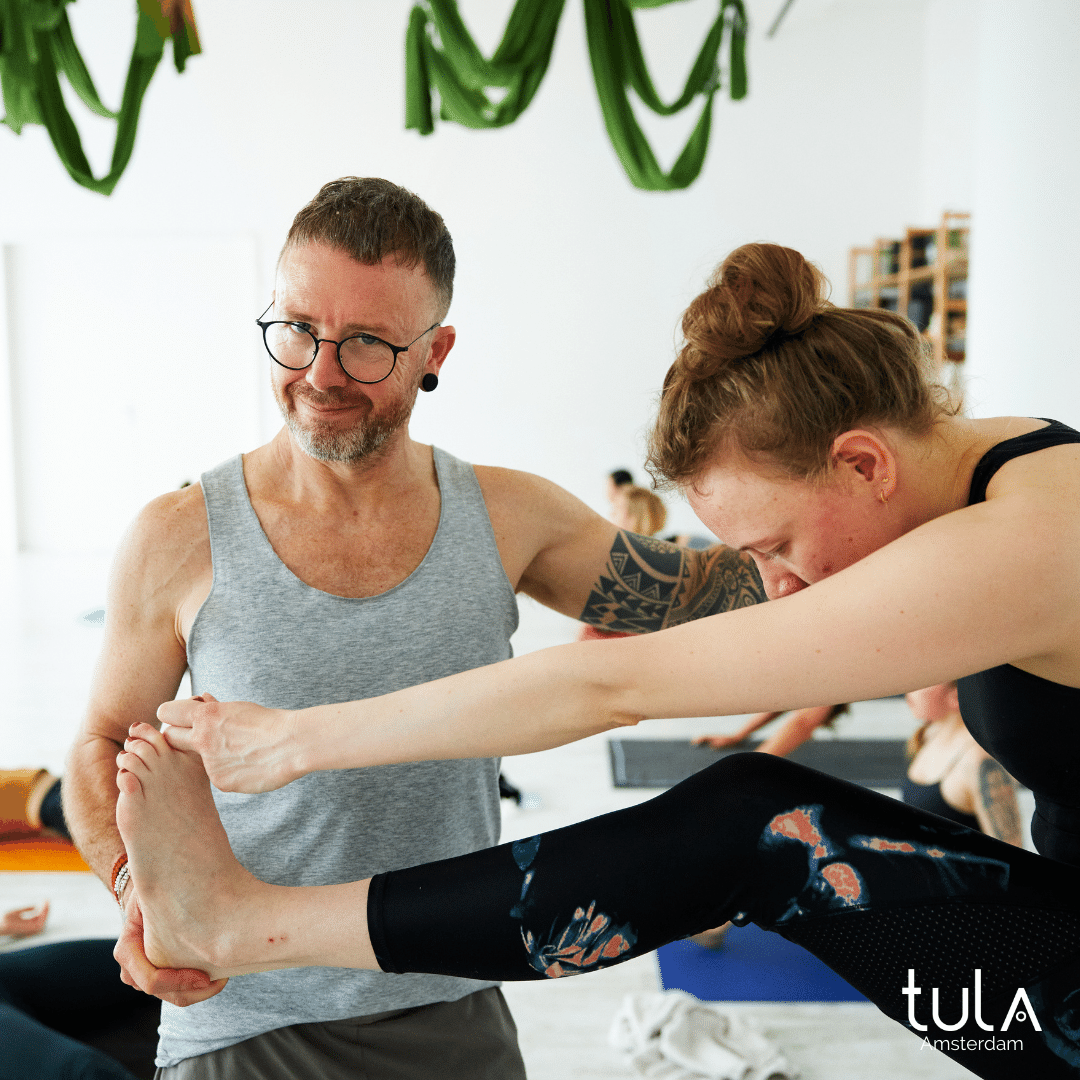 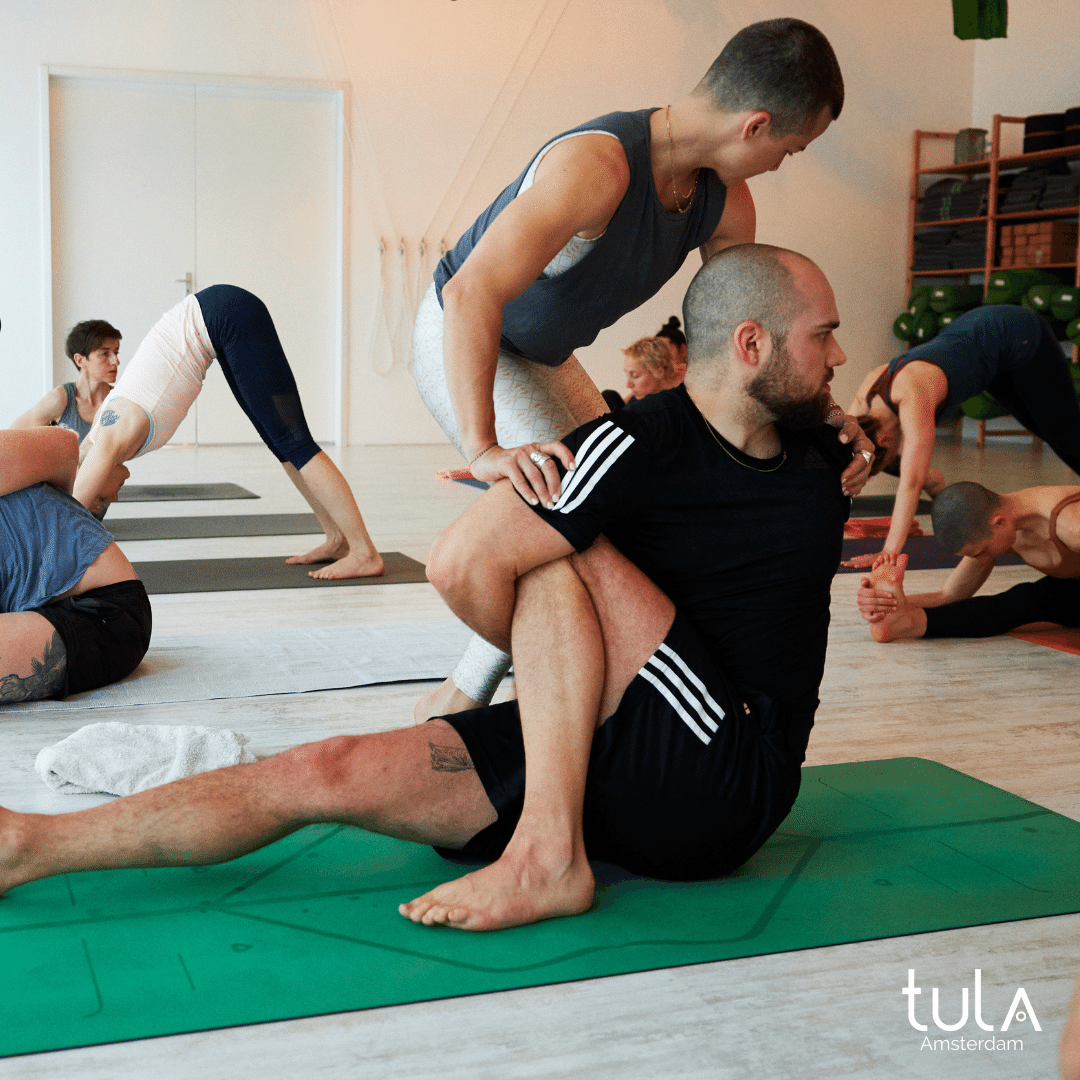 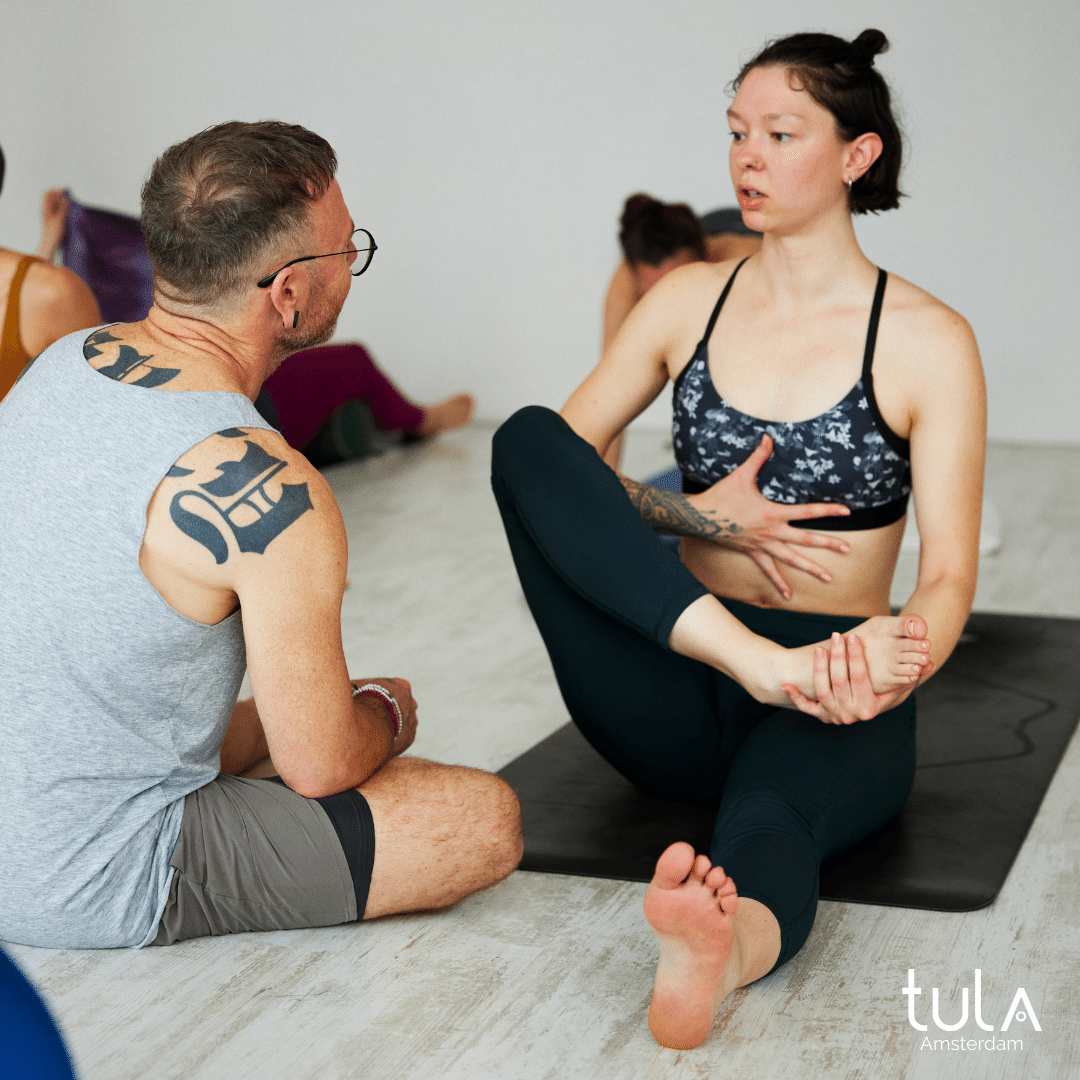 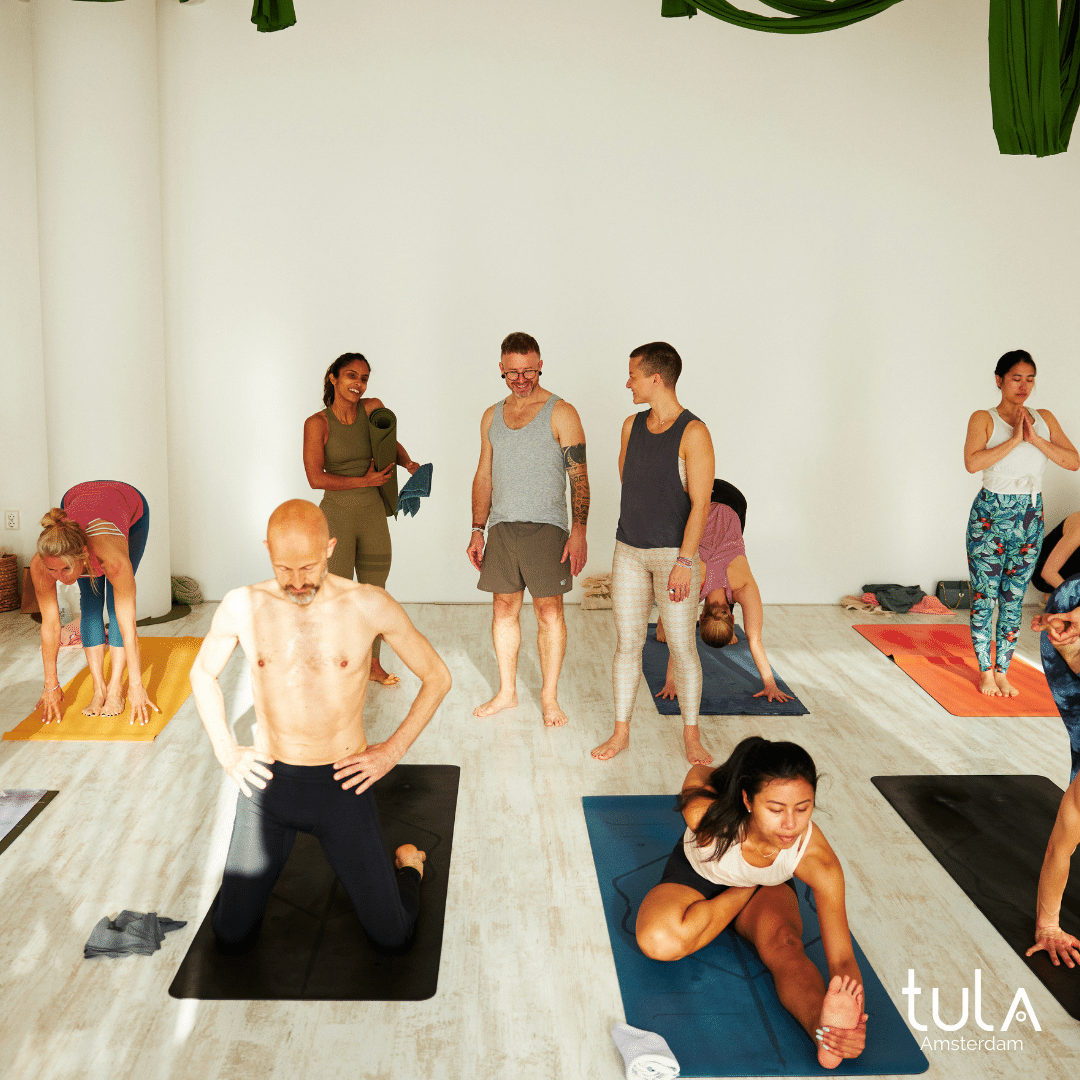 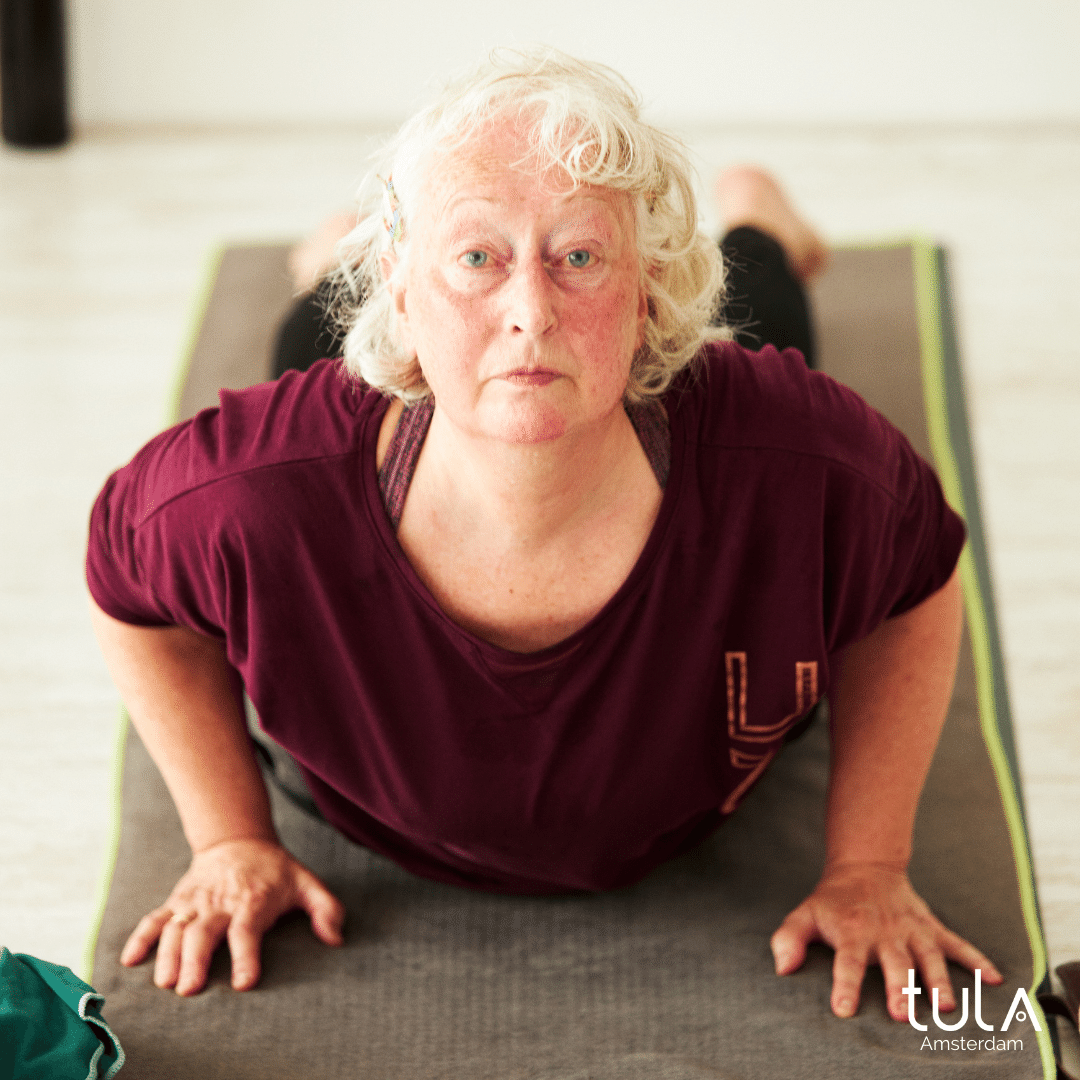 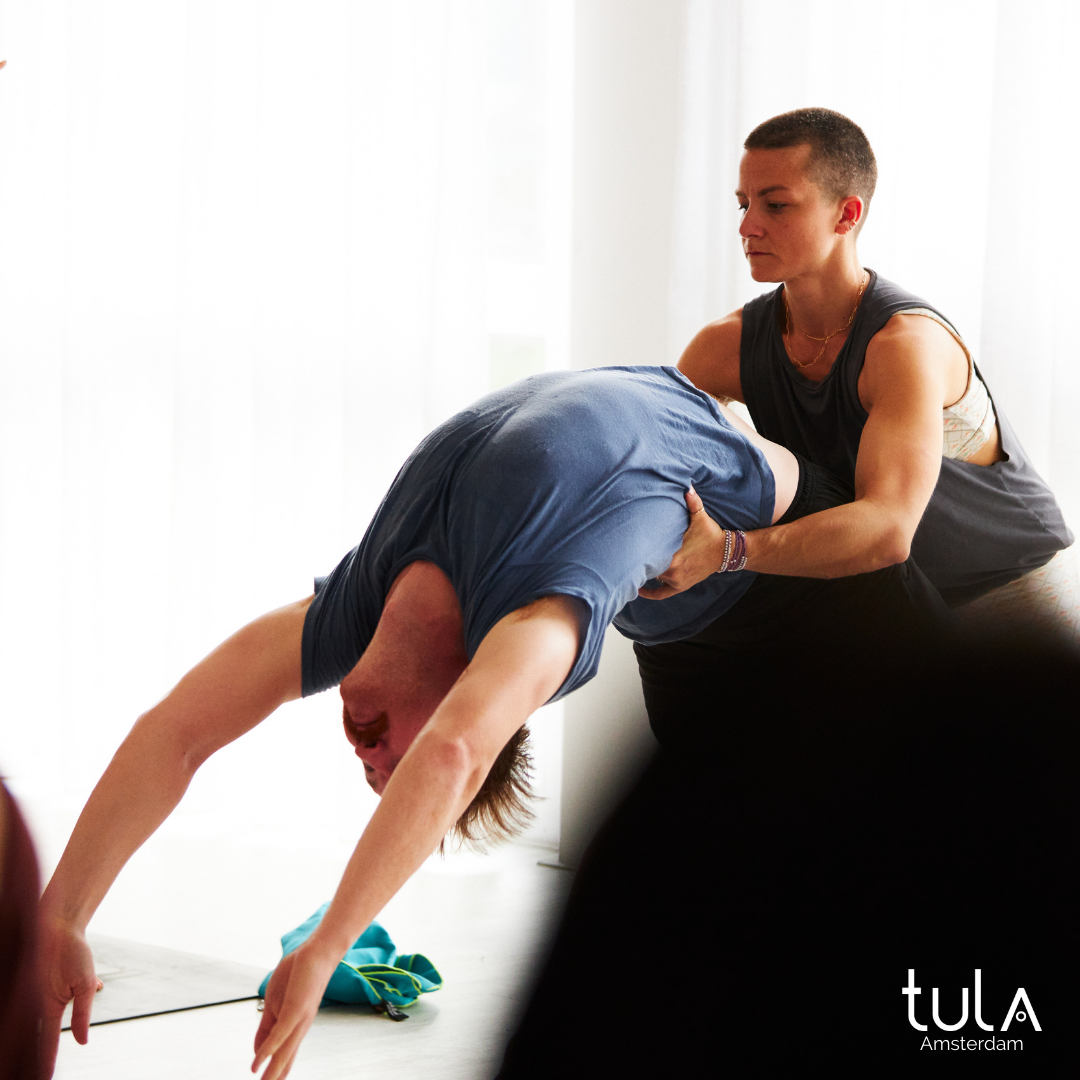 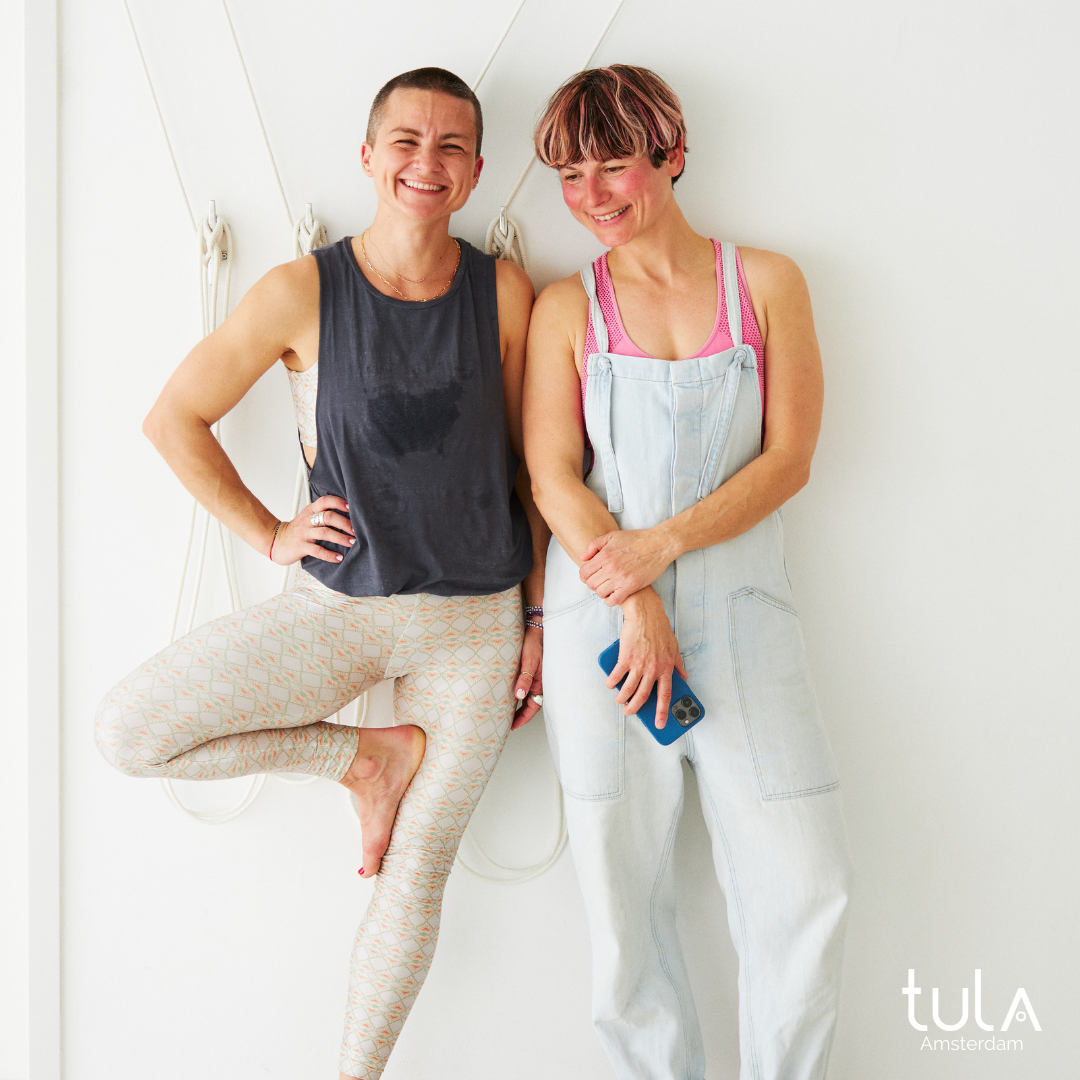 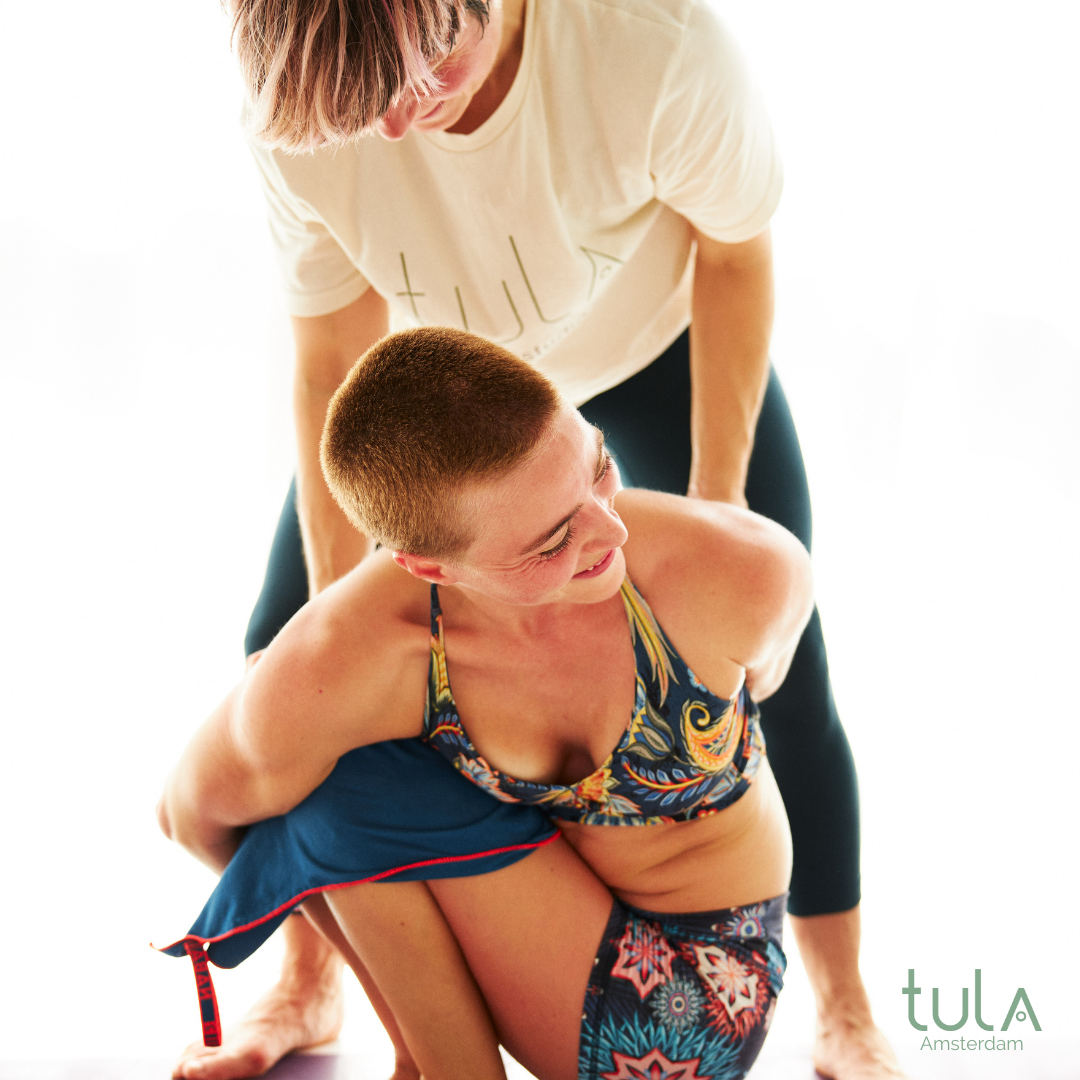 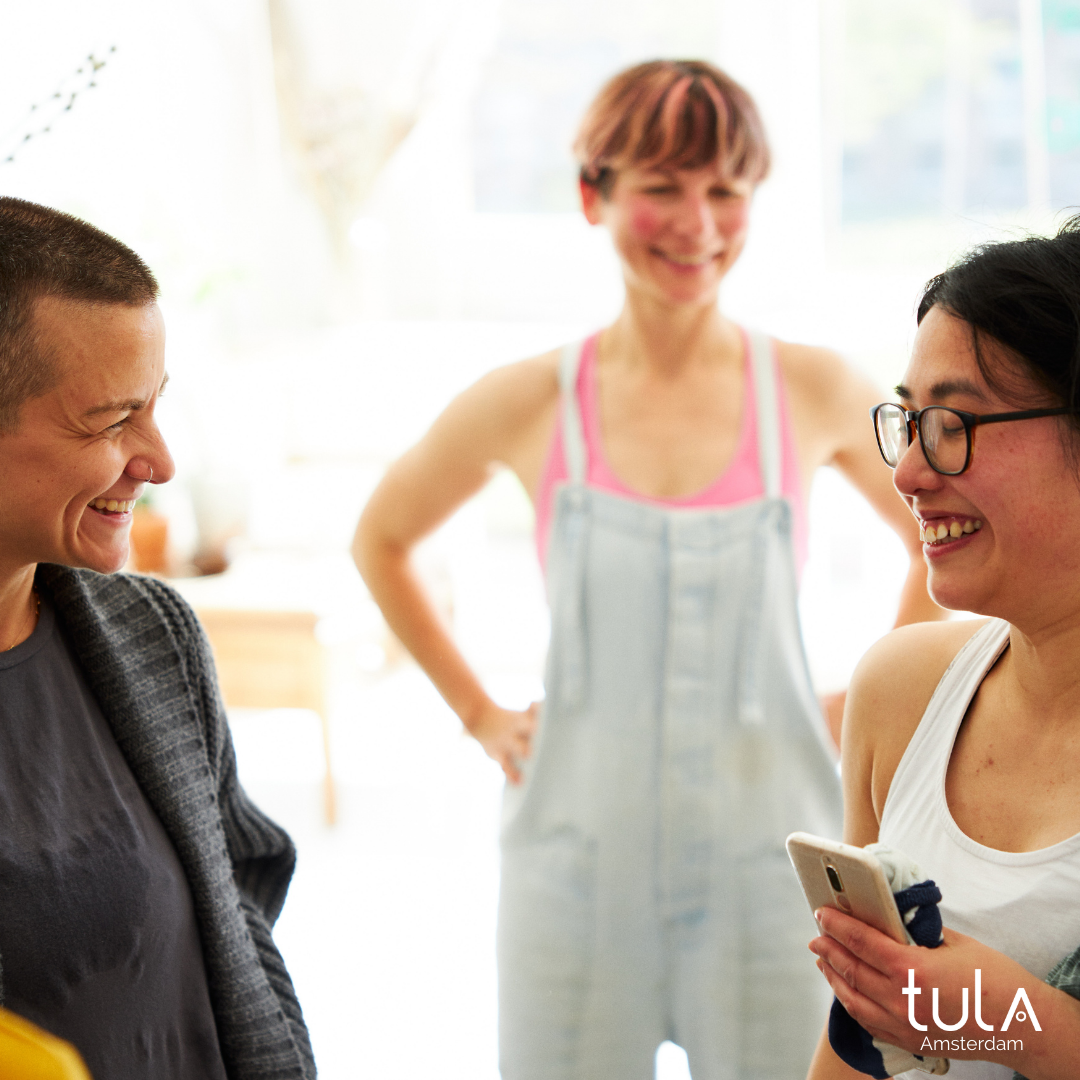 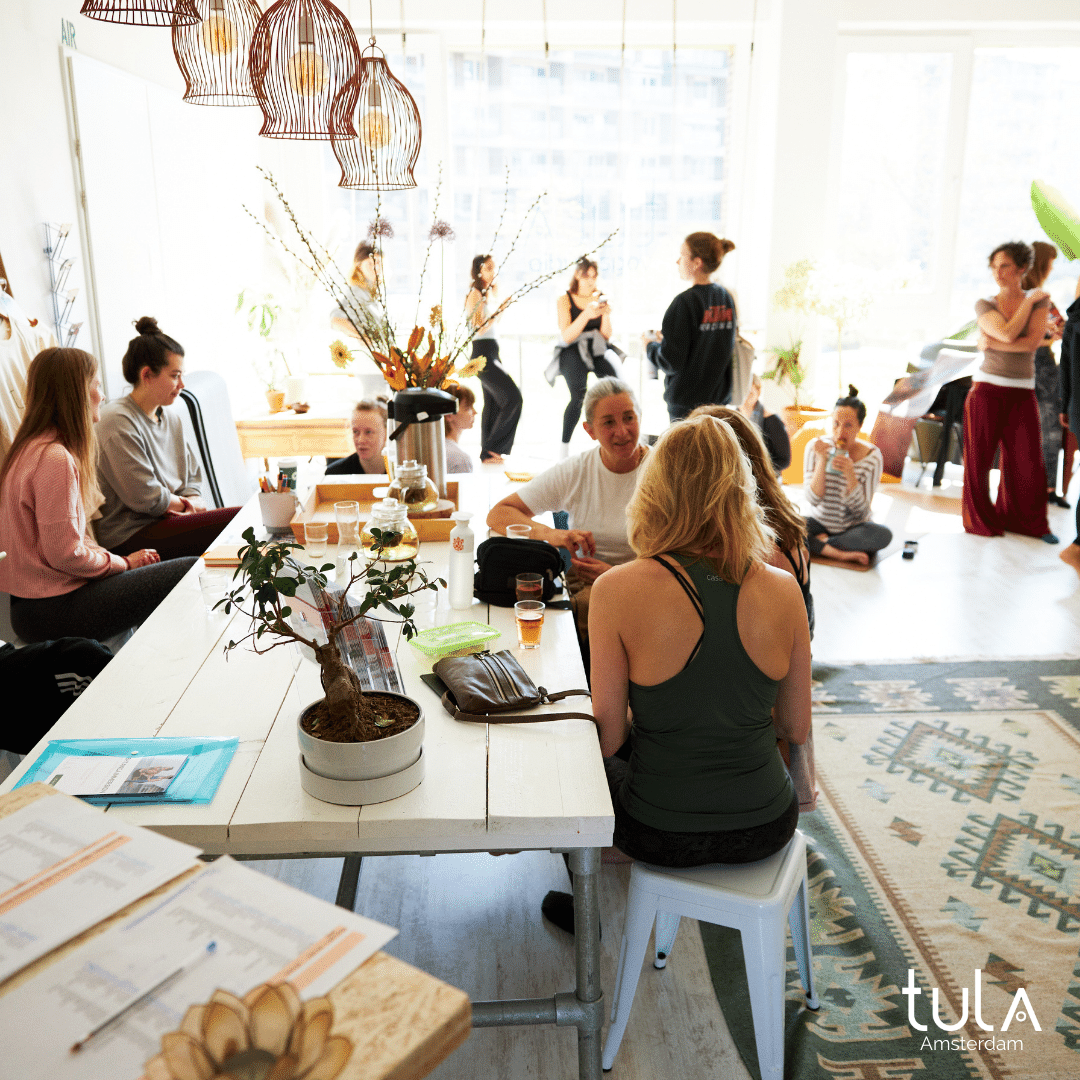 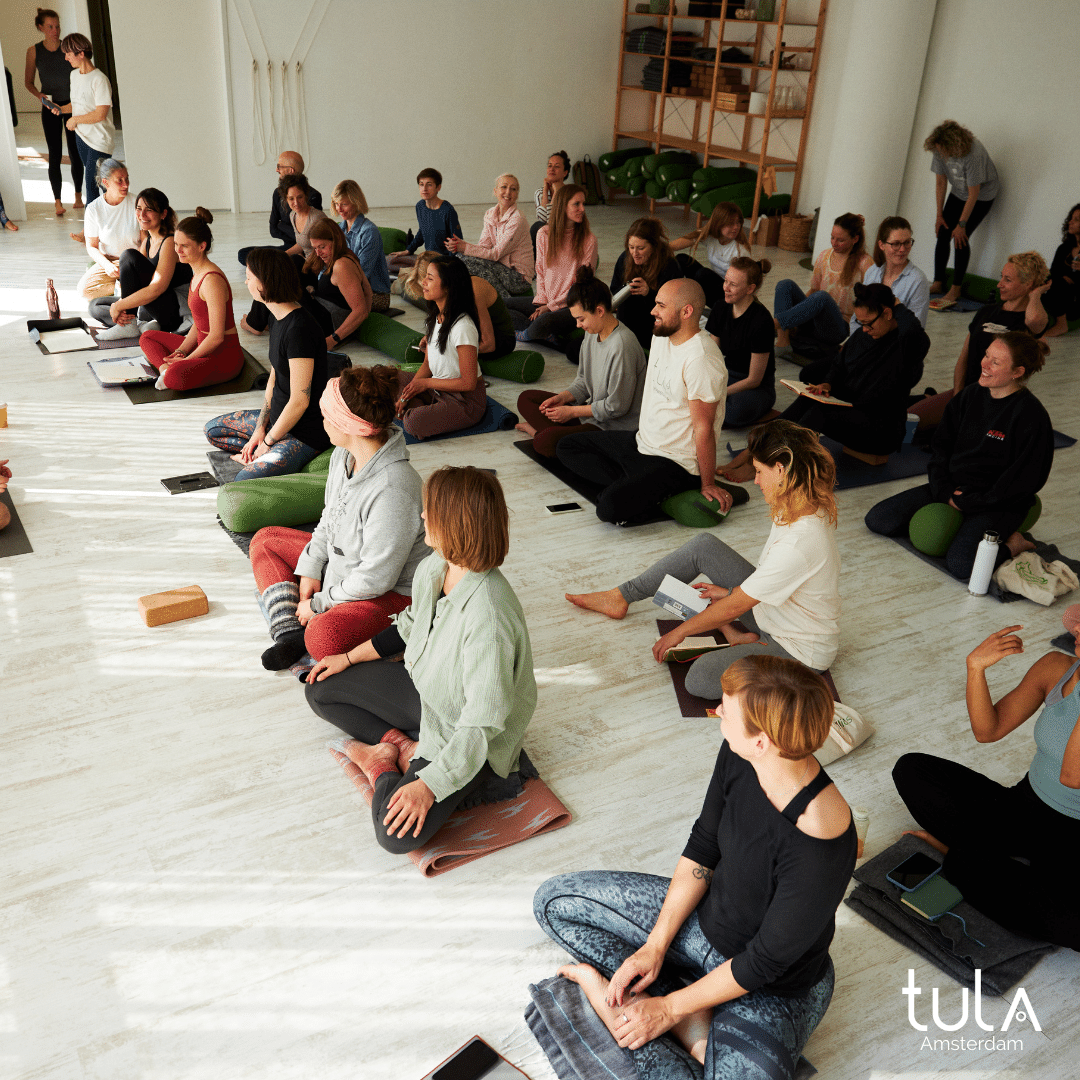 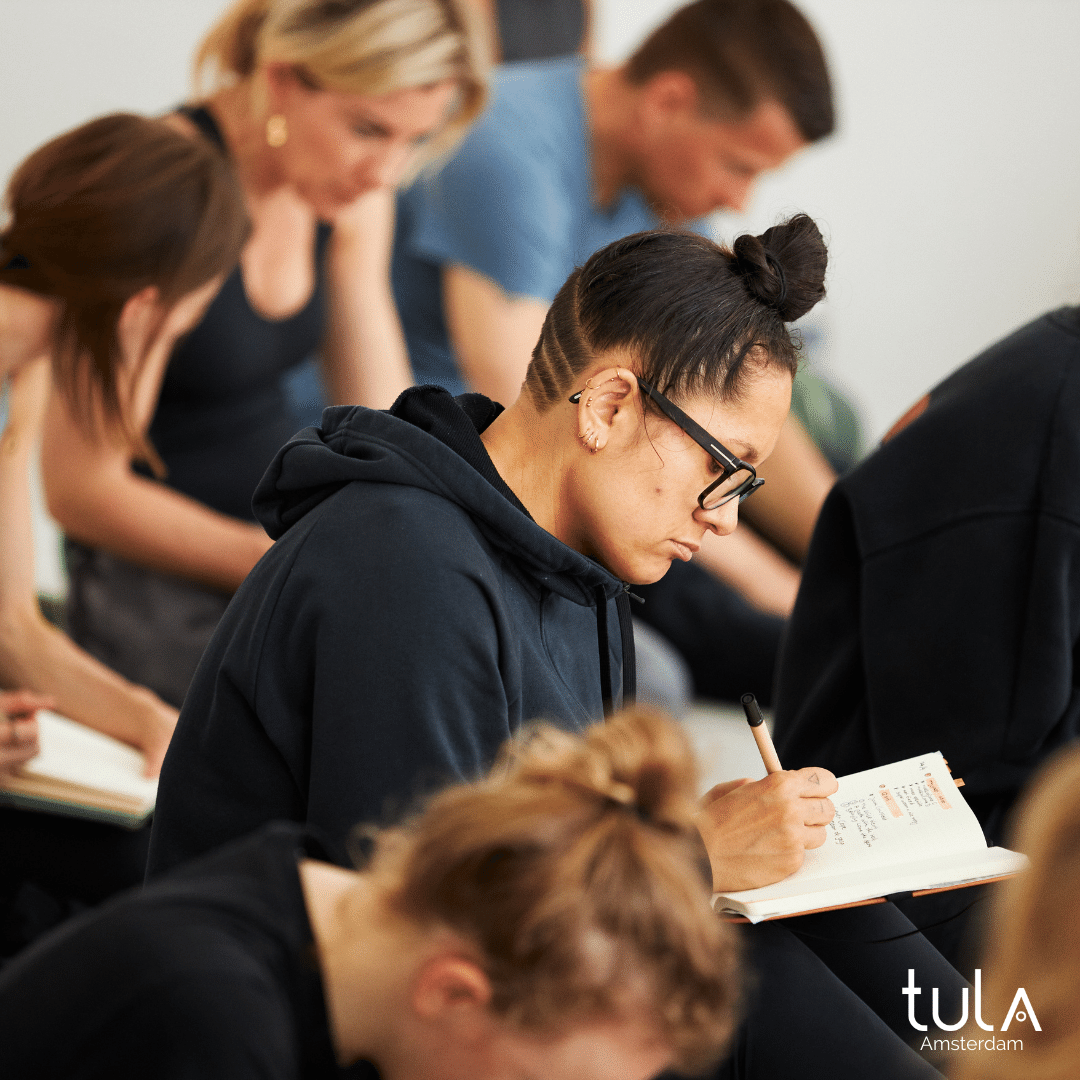 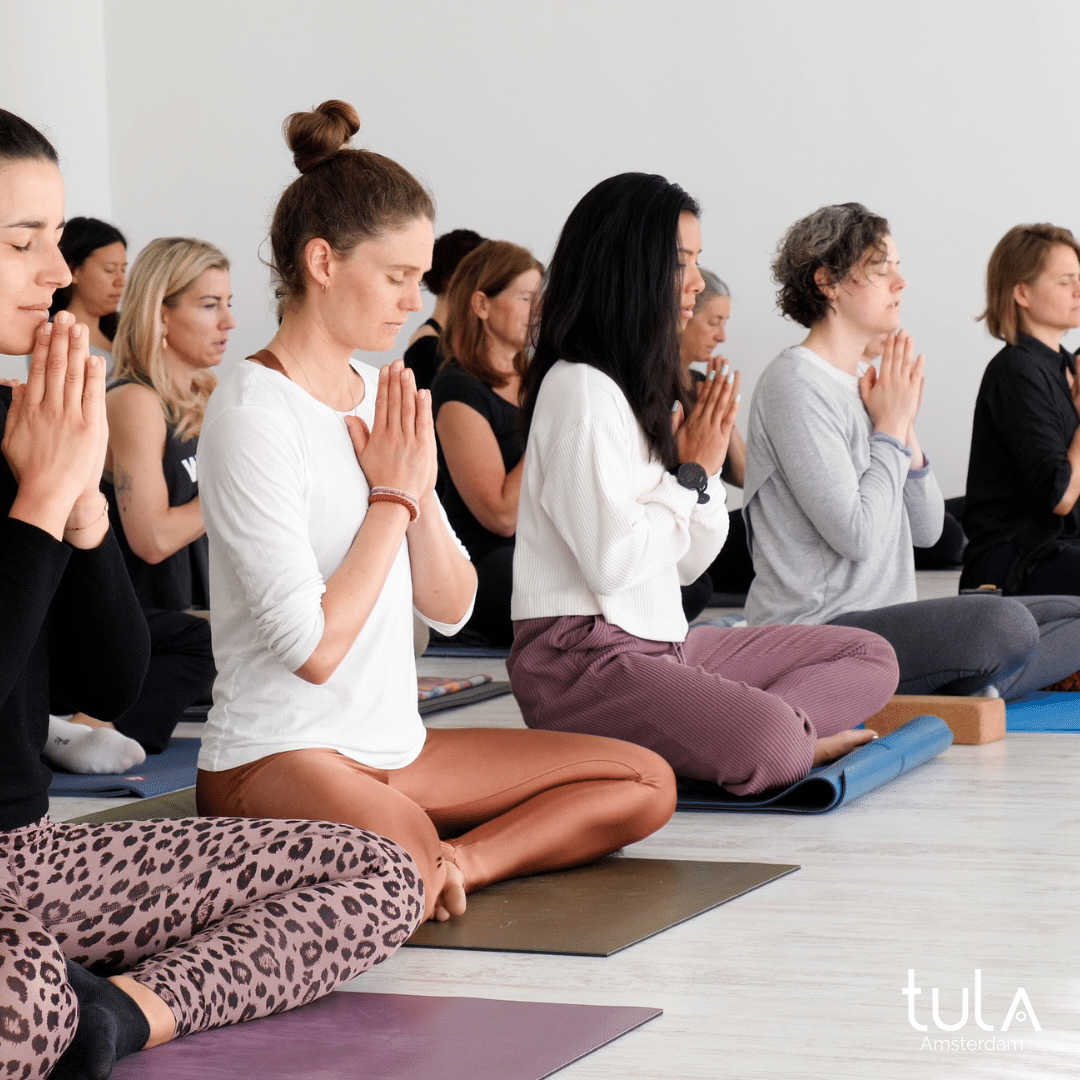 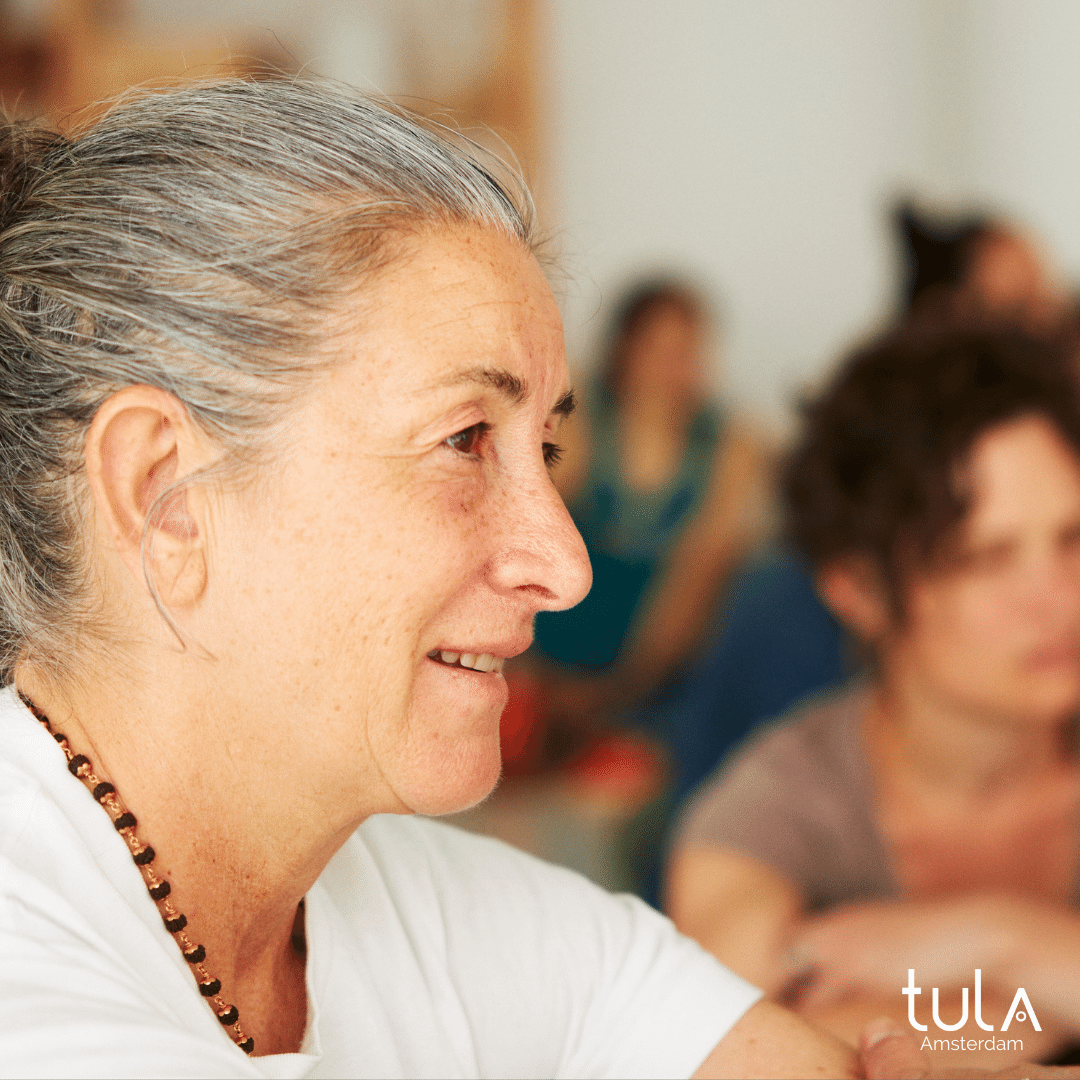 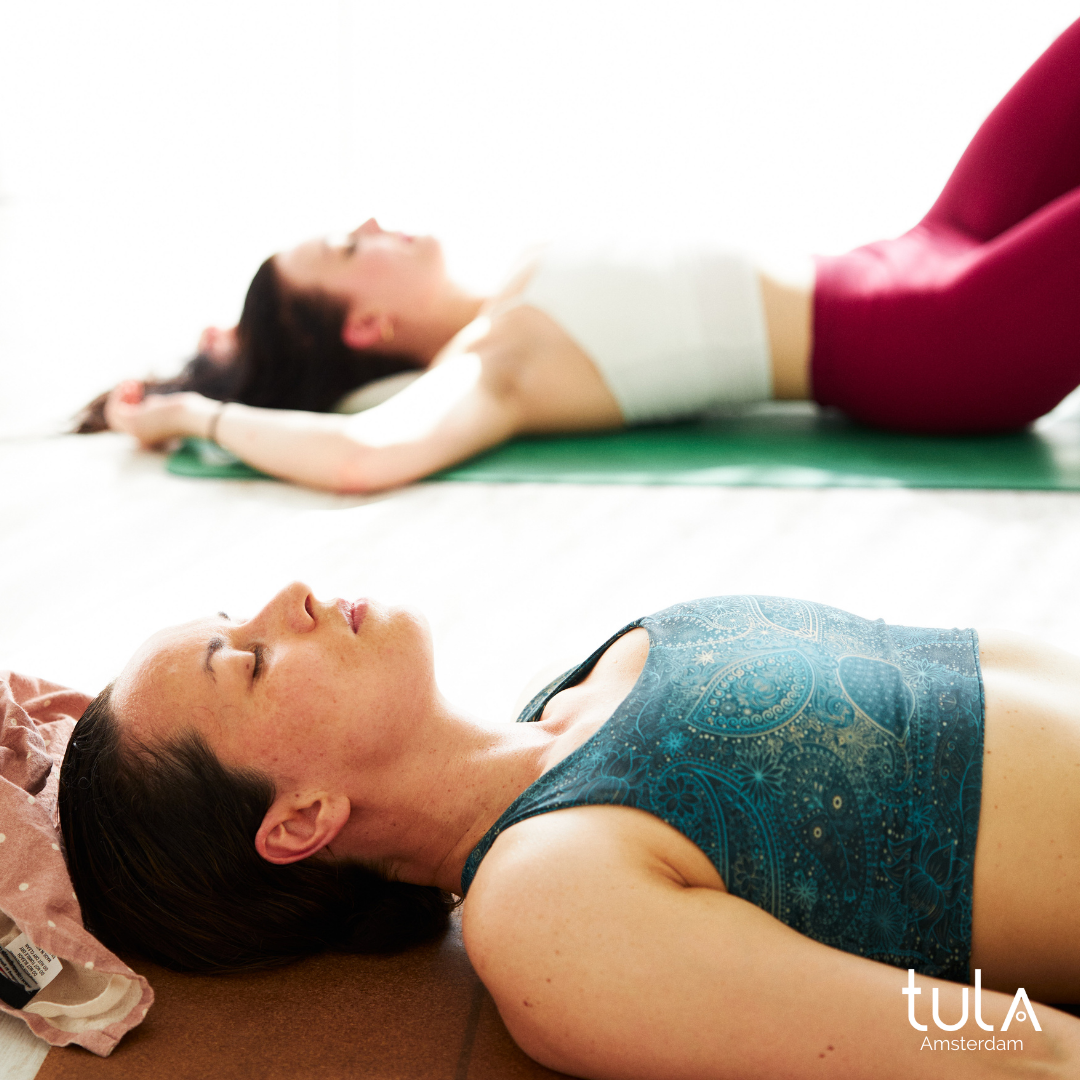 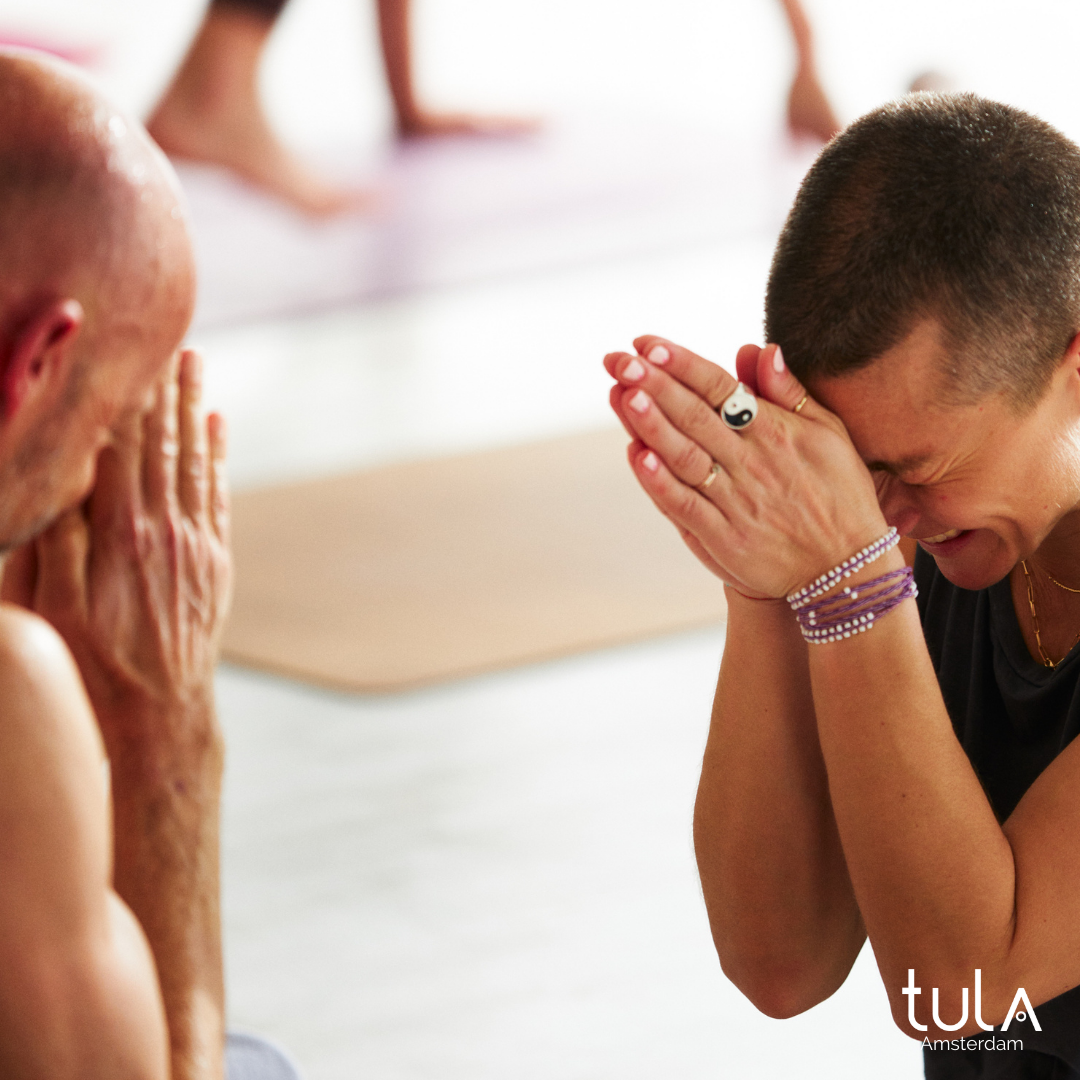 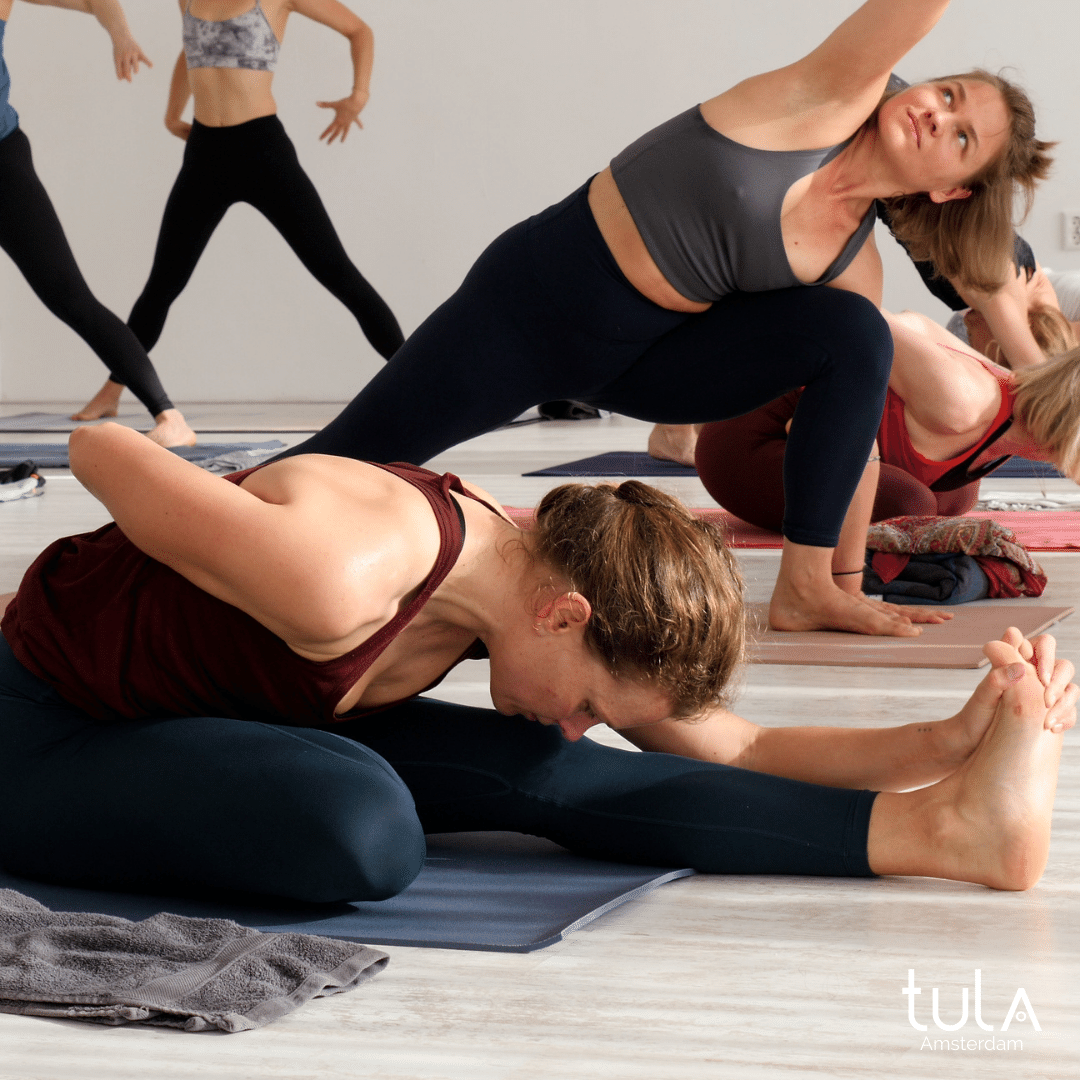 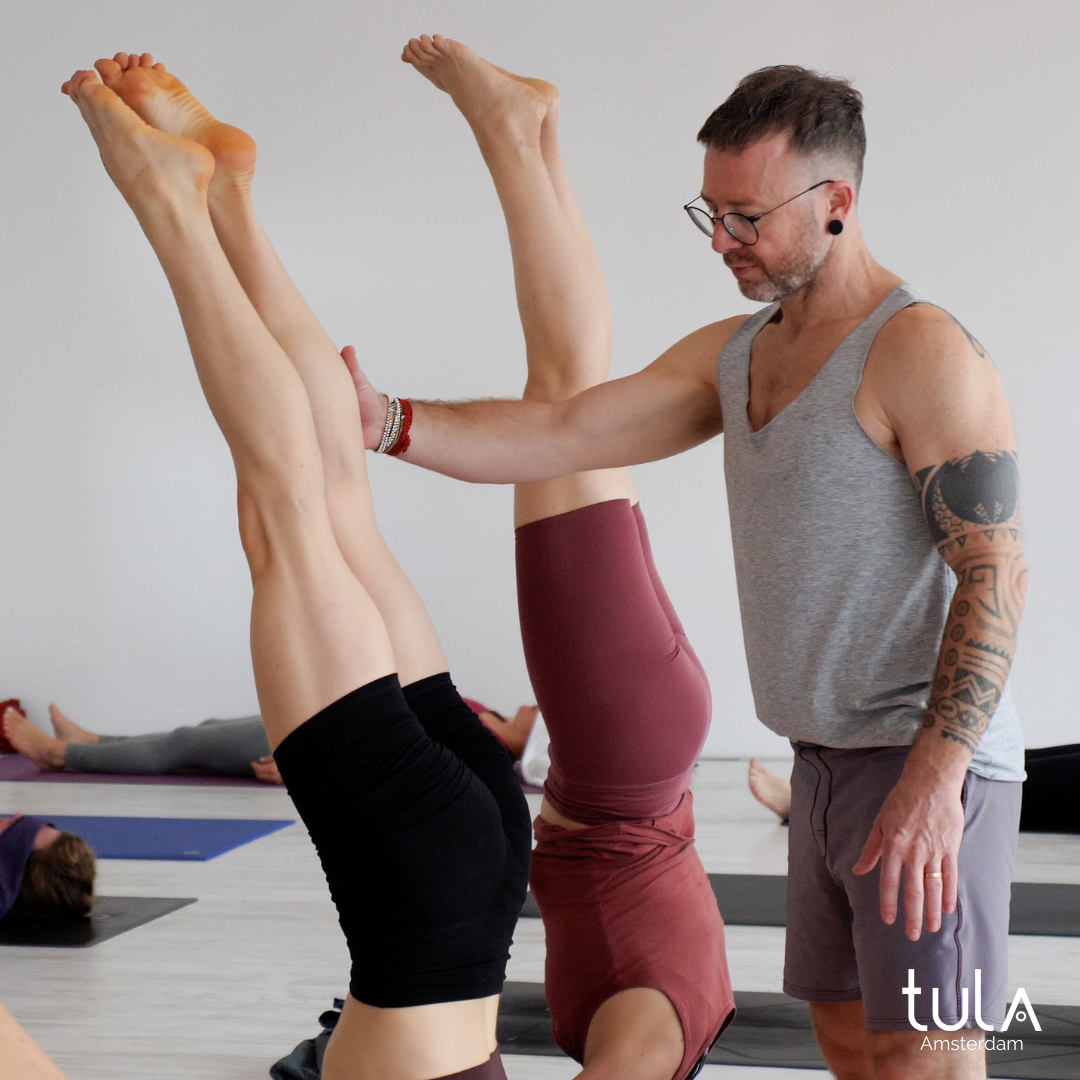 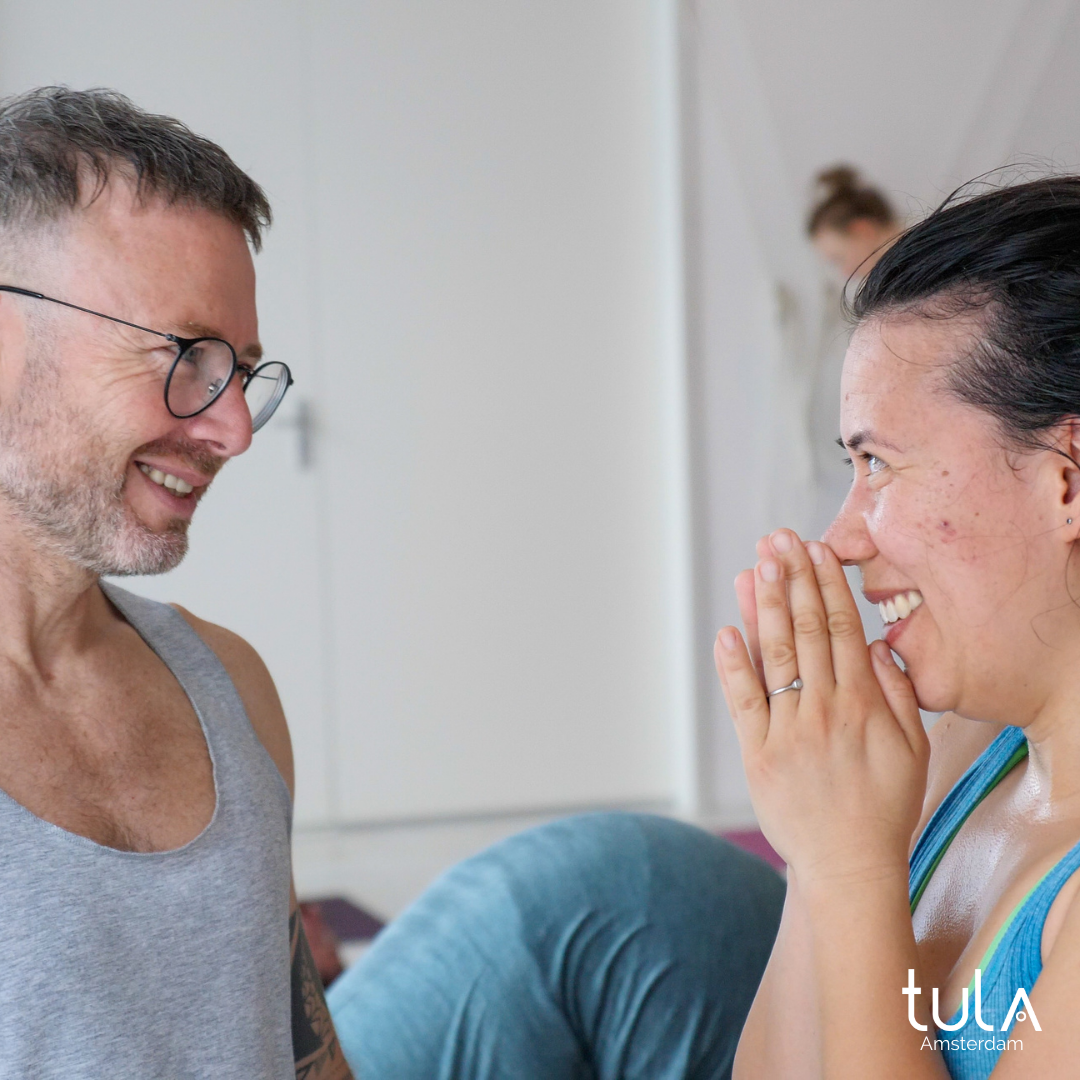 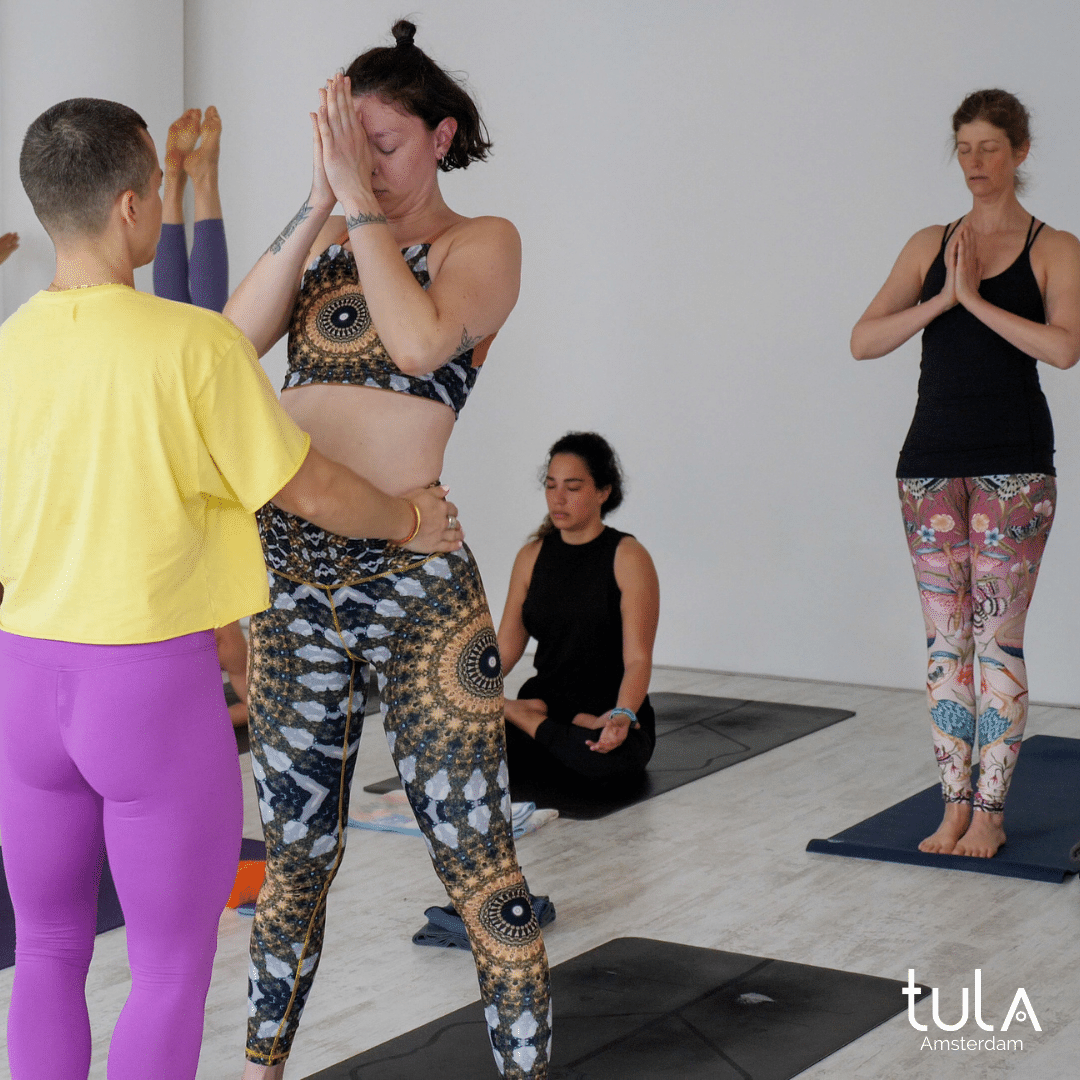 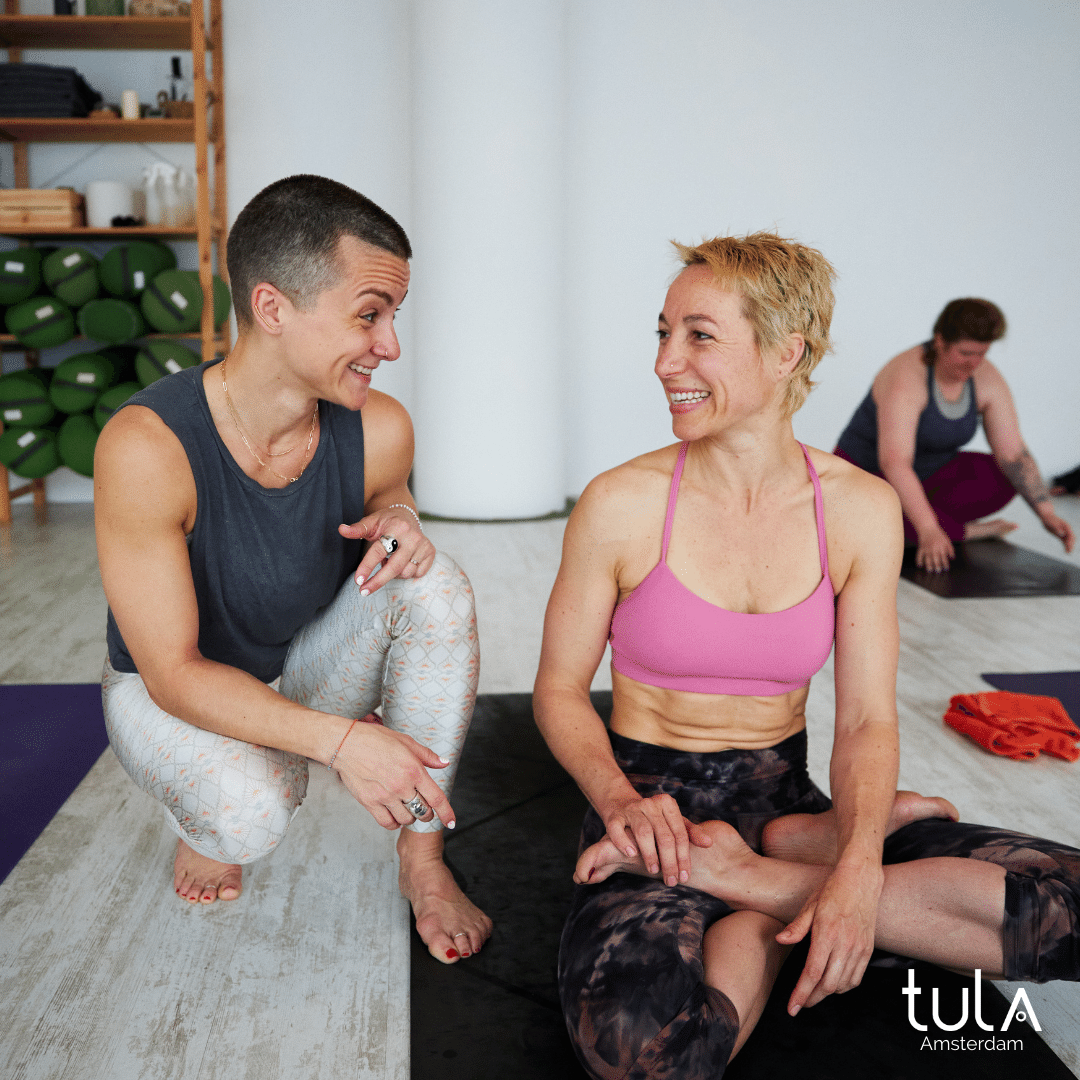 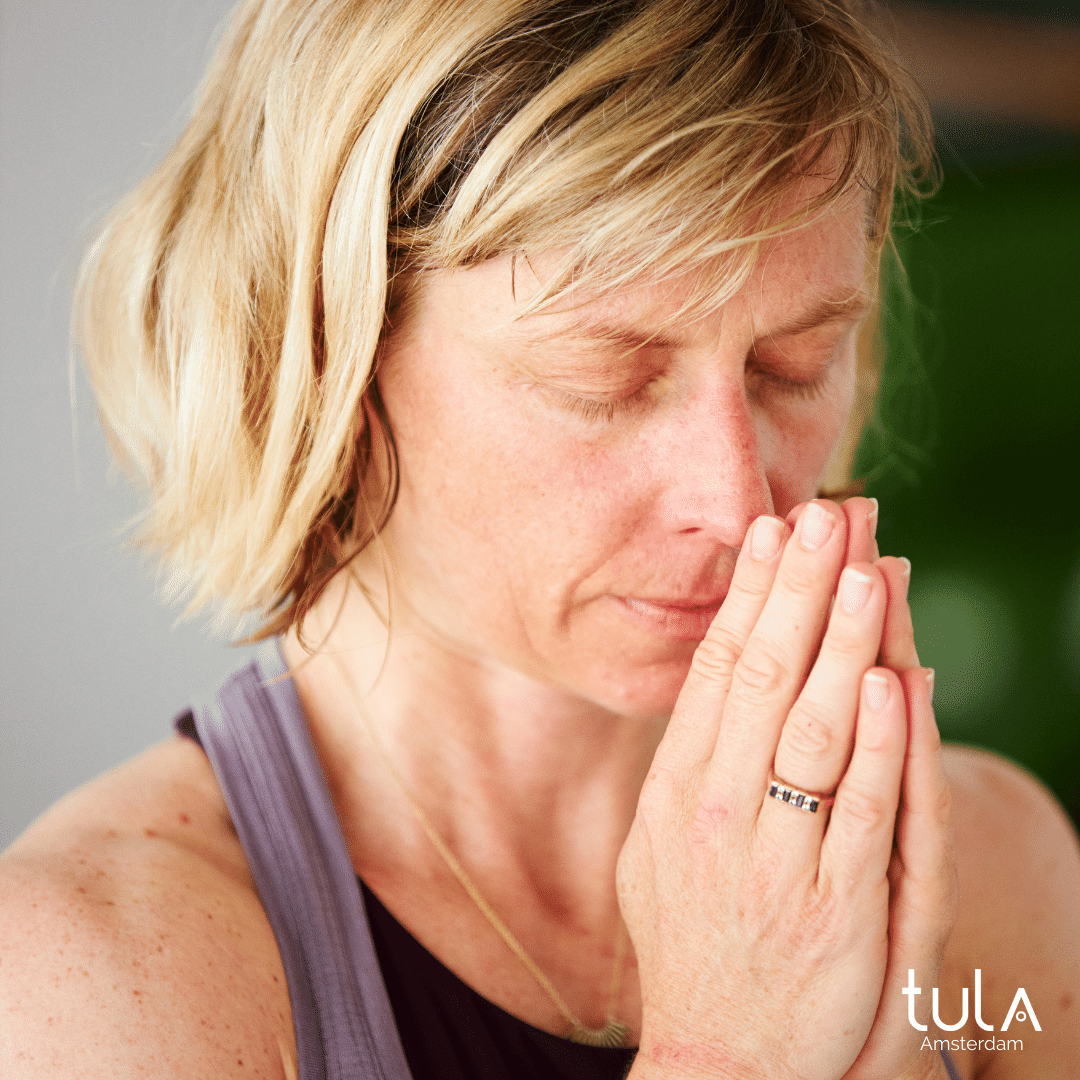 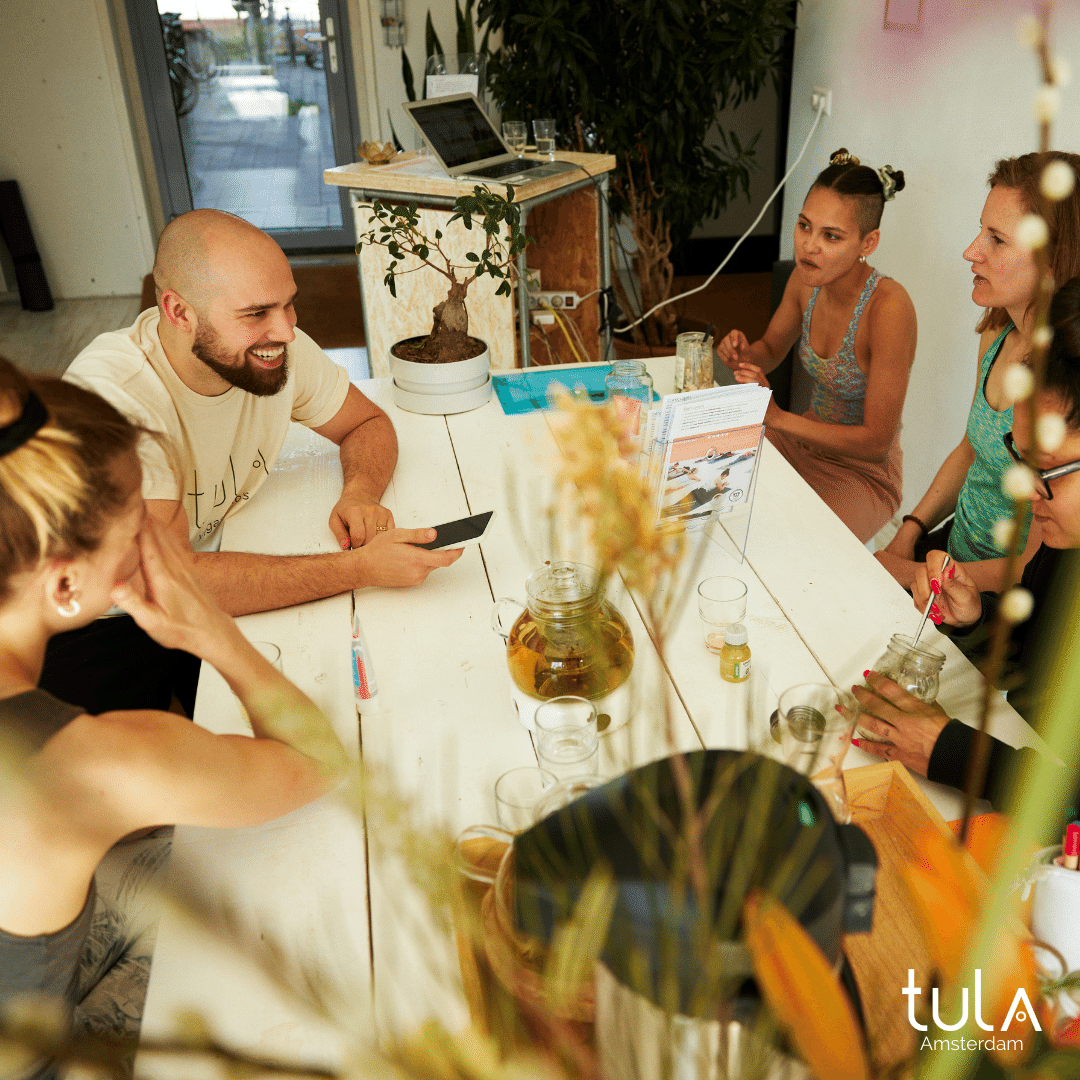 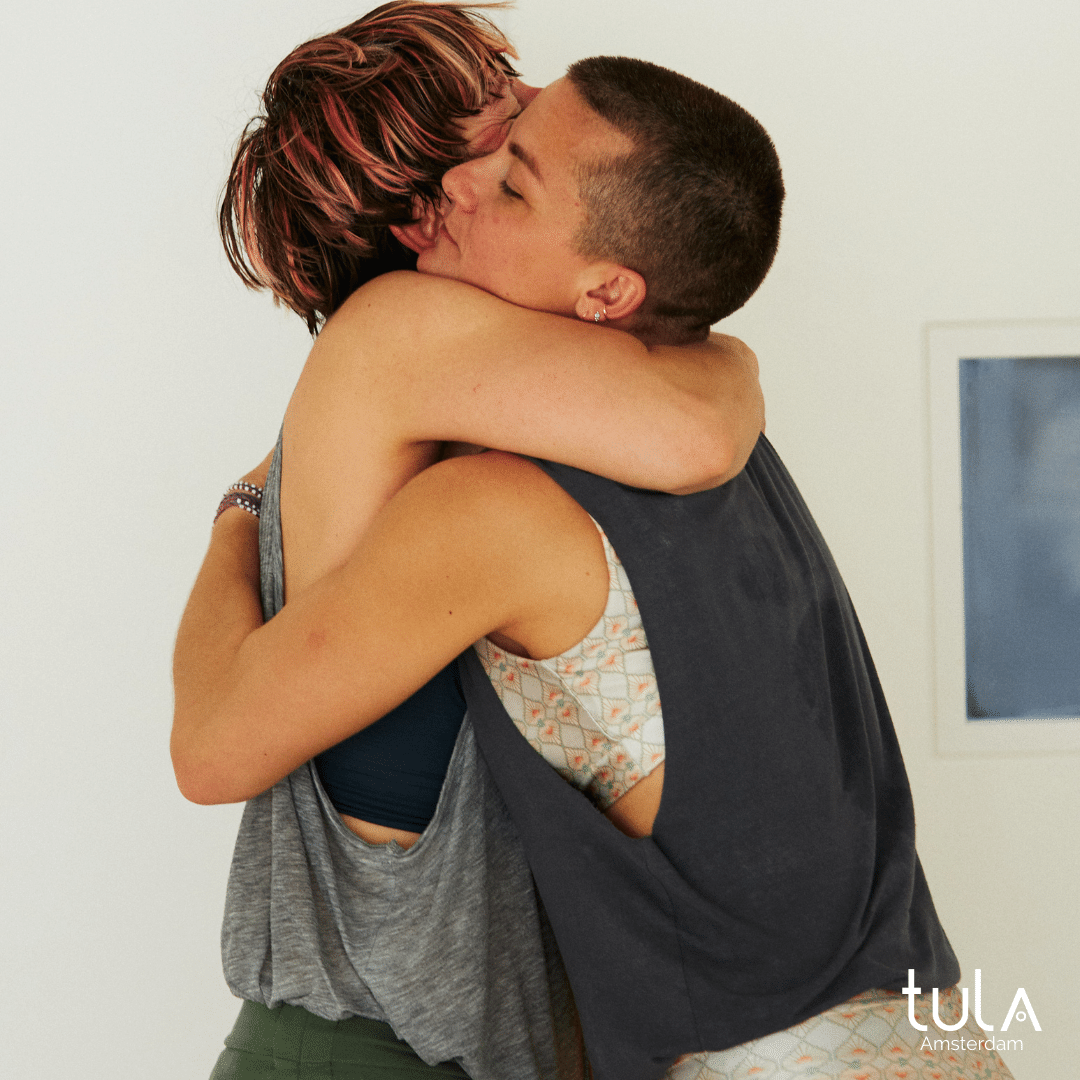 THIS PROGRAM IS RIGHT FOR YOU!

This immersion is available for all yoga practitioners. Some ashtanga experience is a plus, but it’s not a requirement. Only willingness and curiosity to learn is required. The course is designed for students of all levels but also for Ashtanga teachers that want to really dive deep into the philosophy and practice of Ashtanga.

We strongly advise you if at all possible, to book the full event, as we can not guarantee there will be spots available in individual sessions later on, because David and Jelena always sell out very quickly.
If availability allows us, we will open the weekend only and single workshops tickets closer to the date.

Don’t hesitate to contact Tina at tina@tulayogastudios.nl if you have any doubts or questions about the program. She is always very happy to help.

I felt completely immerged in my yoga practice.
The kindness and wisdom of David Robson is so inspiring, and the devotion,
strength and open heart of Jelena Vesić empowers me and other women.”
L.L.

The whole program takes place at Tula Yogastudio’s (Bos en Lommerplein 175)
Except for the Saturday Led practice, which will be hosted at Het Gymlokaal (Jan van Breemenstraat 1).

The timing of the program can be slightly changed depending on the amount of registrations.
This will be communicated personally and far in advanced.

To prepare you for the week we highly recommend you to get these books prior to the course.
The books are not obligatory, but will be used as study material in the week-sessions to study asanas and traditional Sanskrit counting.

1. Yoga Mala by Sri K Pattabhi Jois
2. Ashtanga Yoga Anusthana by Sri R Sharath Jois
3. An Ashtanga Primary Series Workbook by David & Jelena will be included in the cost of the full course.

David and Jelena will lead you through Ashtanga’s Primary Series with the traditional Sanskrit count, and include some detailed instructions along the way.

David will begin the session by leading you through some gentle pranayama, seated breathing exercises. Jelena will then guide you through a seated Mindfulness Meditation practice.

David and Jelena will provide an overview of the goal of Ashtanga and provide in-depth teaching on the vinyasa technique in practice. Learn about the traditional Sanskrit vinyasa count, the Tristhana meditation technique, and some useful tips to optimize your practice.

The Sun Salutations contain Ashtanga’s prototypical vinyasa sequence and foundational postures. Working correctly in each of the postures is essential to the healthy longevity of your practice. In this workshop we will study the conditions and cues that define this elemental sequence.

Take a deep and detailed look at the alignment and actions of Ashtanga’s opening sequence. Study the exact vinyasa count for each of the postures, and learn new ways to deepen the work and progression of your daily practice.

Jump Backs and Jump Throughs are the transitional movements that link Ashtanga’s sitting poses together. These vinyasas provide a bridge to carry our focus between asanas, and also build a purifying heat in the body that is said to “boil the blood.” This workshop will go over the actions and movements of the jump-back and jump-through in close detail, and provide invaluable instructions useful for all levels of practitioners.

Do you want to learn more about what it takes to become an Ashtanga Yoga teacher, the whole Mysore experience, yogi diet and other habits, and when that headstand will happen? This is a unique opportunity to do so! Enjoy this casual moment of discussion and take in the teachings!

David is a practitioner and teacher of Ashtanga Yoga, in the tradition of Sharath Yoga Centre (SYC). David is the director of the Ashtanga Yoga Centre of Toronto, where he leads one of the world’s largest Mysore programs outside of India.

David began a daily practice in 1998 while at university studying Comparative Religion. After graduating, David made his first trip to Mysore, India in 2002, where he initiated studies with his teacher Sharath Jois. Since then he has returned to Mysore annually to deepen and enrich his practice and teaching.

In 2007, David was Authorized to teach Ashtanga and now holds a level 2 authorization.
David has become well-known on social media for his educational and entertaining yes/no tutorials. Through these videos he’s become one of the most recognized and respected Ashtanga Yoga teachers worldwide.

David teaches the morning mysore program at Ashtanga Toronto, and leads workshops and retreats around the world with his wife Jelena.

After four years of doing her PhD (Political Science, York University, Toronto), Jelena decided to walk away and dedicate herself to teaching Ashtanga Yoga full time. She’s been teaching since 2014, and is now leading the evening Mysore program at AYCT. Alongside her husband, David Robson, Jelena teaches workshops and retreats in Toronto and around the world.

Jelena first came to yoga through dance. As a former ballet dancer of 16 years, the structure and rigour of the Ashtanga Yoga practice felt like home. Drawn to the discipline, mindfulness of the movement and emphasis on the breath, Jelena made the Ashtanga practice her sole focus in 2009.

Jelena has maintained a daily Ashtanga practice for over a decade. She’s made two trips to Mysore, India to study with her teacher, Sharath Jois. In addition, Jelena also considers herself to be a student of Jack Kornfield, a Buddhist teacher and clinical psychologist. She’s completed his and Tara Brach’s “The Power of Awareness” course, and is now enrolled in their two-year Mindfulness Meditation Teacher Certification Program.

Lastly, Jelena’s true passion lies in promoting rescue and adoption of (street) dogs. You can often find her sharing her love for #adoptdontshop on her IG, and sharing the joys of living with her two fur-babies, Boksoon and Khani, both celebrities in their own right.

We advise to choose the full program or the practice only pack, since this will give you the maximum experience that David and Jelena can provide.
Closer to the starting date single workshops, sessions and weekend packs will be released if they’re still available.

*To secure your spot we ask you to create an account in our reservation system. After your purchase you will find the item you’ve selected in this account. We will send a confirmation as well, but this might take 24 hrs.

Join the whole program of the “Primary Series Intensive with David & Jelena”.

Join all Mysore classes of the “Primary Series Intensive with David & Jelena”.
Both Mysore style and Led classes are included.
Workshops and events are not included in this pack.
Price: €400,-

Can I book individual segments of the program?

We strongly encourage you to sign up for the whole Program. Individual workshops, sessions and drop-ins, will be only sold according to availability at a later date.

Is my accommodation included?

You are responsible for finding your own accommodation.
There are plenty of Airbnbs or hotels near the studio. After signing up you will receive a practical information document from us with tips for hotels, transportation etc.
You can also join the private Facebook or Whatsapp groups to connect with other participants from the Netherlands and abroad to find accommodation together. You’ll be invited for these groups after signing in.

What should I bring along?

We recommend to bring your own Yoga mat. You can store this in the studio if you want. We also suggest to bring a bottle of water (no glass), practice towel and a notebook. Furthermore, breakfast and lunch are not included.

This immersion is available for all yoga practitioners. Some ashtanga experience is a plus, but it’s not a requirement. Only willingness and curiosity to learn is required. The course is designed for students of all levels but also for Ashtanga teachers that want to really dive deep into the philosophy and practice of Ashtanga.

How does the payment work?

Payments can be done by clicking on the package of your choice on this page. That will prompt you to our reservation system and payment provider. We except pretty much all cards and digital payment options.

For our refund policy we ask you to read our terms & agreements.
If we have to cancel the event due to Covid regulations, or for whatever other reason, we will refund your complete payment.

Some of the pricing options or sold out, or not yet on sale.
If you wish to get on a notification list for when a spot opens up, please email us at tina@tulayogastudios.nl

We might add extra spots.
The yogi’s on the notification list will get a heads up about this first..

If you have any questions about the Ashtanga Immersion please contact us via email at tina@tulayogastudios.nl

You will be in direct contact with Tina Rumenović. Tula’s Ashtanga Mysore lead teacher and organiser of this wonderful event.